Wood Solutions – Innovations and Opportunities for the 21st Century 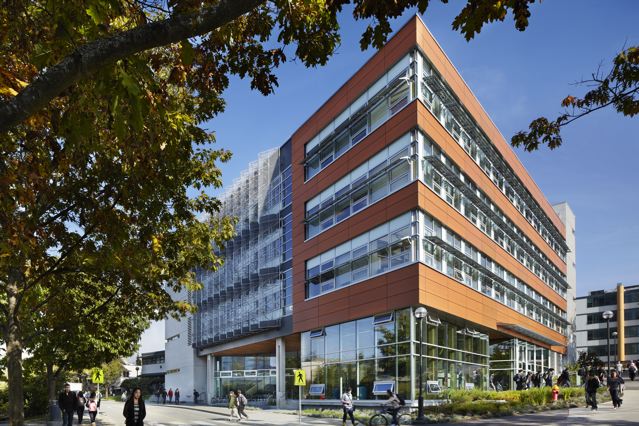 Wood Solutions – Innovations and Opportunities for the 21st Century

When Gustave Eiffel, proposed building a skeletal steel structure for the Paris World Fair, he was ridiculed by professional engineers and most of high society in France. The tower was built for the 1889 Fair and instead of being torn down as initially suggested, became the most recognized and enduring cultural icon of France.

The 320 metre tall tower was the tallest structure in the world for more than 40 years and changed the world’s perception toward tall buildings.

If the first dozen years are any indication, wood is poised to undergo its renaissance in the 21st century. Increasingly, wood is being specified as the material of choice as advancements in wood science, design skills, and connection technology merge with the environmental aspirations of designers, governments, and occupants. Wood is no longer limited to houses and low-rise structures.

Major regulatory changes have occurred in North American and around the world to reflect the surge in awareness of the performance capabilities of wood. Over the past two decades, wood building technologies and design methods have advanced significantly in the areas of structural, fire safety, and energy performance. In 2009, mid-rise (up to six-storeys) wood-frame construction was approved in the British Columbia Building Code, with the Province of Quebec making similar amendments in April 2013.

In response to drivers such as cost savings and environmental benefits, building industry stakeholders are moving toward National Building Code (NBC) changes that would allow the construction of taller wood-frame buildings across Canada. The Joint Task Group on Combustible Construction has proposed to implement new mid-rise provisions for the 2015 National Building Code of Canada. This proposal includes the increase in allowable height from four- to six-storeys for both residential and business occupancies, along with increased levels of fire protection, such as sprinklers throughout the building.

The potential for wood in taller buildings does not stop at six-storeys. Several Canadian manufacturers are now producing massive timber engineered wood products such as cross laminated timber (CLT), laminated veneer lumber (LVL), and laminated strand lumber (LSL). With these products, it is now possible to design and construct even higher wood buildings. The world’s tallest residential wood building was recently completed in Melbourne, Australia, reaching a height of ten-storeys. There are other examples of seven-, eight-, and nine-storey wood structures in the U.K., Scandinavia, and Central Europe. Here in Canada, there are many examples of innovative, high-performance wood building designs and construction; including the Centre for Interactive Research on Sustainability and the Earth Sciences Building, both at the University of British Columbia, Vancouver, as well as the Fondaction building in Québec City.

While the increased structural performance capabilities of wood products may be new to many designers, the environmental performance of wood is well recognized and appreciated by many.

From an environmental perspective, wood products and building systems have several advantages, including operational energy savings, low embodied environmental impacts, and carbon storage. Compared to other structural materials, wood has exceptional thermal performance, due to its much higher heat resistance value. Wood insulates 10 times better than concrete and 400 times better than steel. The natural structure of the wood fibre, virtually identical to a drinking straw, allows wood building products to trap air within the cells, enhancing its thermal capabilities and helping save the use of operational energy over the course of the building’s lifetime.

A number of life cycle assessment (LCA) studies from around the world have demonstrated that bio-based building products and systems are less environmentally impactful throughout their life cycle (raw materials acquisition, manufacturing, transportation, use, and end-of-life) when compared to other building materials. In addition, substituting wood in place of other more fossil fuel-intensive materials reduces overall GHG emissions that would have otherwise been emitted during the production of these non bio-based materials. Wood building products, such as lumber, panels, and decking, continue to store the carbon which was initially absorbed as CO2 by the trees during their growing cycle. While a new tree is growing, this carbon is locked-up and kept out of the atmosphere, enabling wood products to act as carbon sinks over the course of their service life. LCA is now a well-developed science and has been incorporated in building design and rating tools around the world. While operational impacts of structures still dominate the design considerations, the embodied impacts of materials will become more significant as operational efficiencies increase.

As the importance of embodied impacts become more apparent, LCA is the foundation for development of Environmental Product Declarations or EPDs – a standardized method of quantifying the environmental impacts of a building material, manufactured product or system. Typically, the EPD for a product will include information covering extraction, manufacturing processes, energy and water use, toxicity, emissions to air, soil, water and solid waste. An EPD can be used by design teams to evaluate the potential environmental impacts of alternative building material choices.

In some European counties, EPDs are now legal requirements for products – and North America is not far behind.

Some of the first North American EPDs developed for use by the building sector were for wood. The Western Red Cedar Lumber Association commissioned EPDs for some of their products. Several other wood product EPDs are scheduled to be released by the end of 2013. Designers will then be able to evaluate which materials have the lowest impact and are thus best suited for a particular function. New codes affecting building height are not the only changes. Energy performance levels are increasingly becoming enshrined as well. This too provides greater opportunities for effective use of wood. Thicker walls can provide greater cavity space for insulation. New pre-fabrication methods increase structural accuracy and can significantly improve air tightness, thereby reducing both heat loss and moisture issues. Wood fibre insulation, thick walls and breathable panels are now common in Passive buildings in Europe and are making inroads in the North American market.

As design teams, builders, and occupants strive to reduce the environmental footprint of their buildings, wood can play a critical role – from the sustainably managed forests of Canada to the diversity of new structural products and systems – designers will be able to achieve buildings and performance levels they wouldn’t have thought possible 40 years ago.

In the 19th century, Gustave Eiffel was no doubt asked ‘Why steel?’, but he persevered and revealed to the world a new way to build.

In the 21st century, some might well ask the question ‘Why wood?’

No other material has as many sustainable attributes as wood. Think about it – wood is renewable, recyclable, reusable, organic, biodegradable, strong, lightweight, ductile, diverse, easy-to-use and inexpensive. It stores carbon, produces oxygen, cleans the air we breathe and the water we drink, provides habitat and recreation opportunities in the forest and is the only major structural material grown by the sun. The challenge we face is to understand how this material works, how to integrate into our designs and to strive to even greater heights than we thought possible with wood.

So maybe the real question for the 21st century isn’t ‘Why wood?’; perhaps it is ‘If not wood, what?’