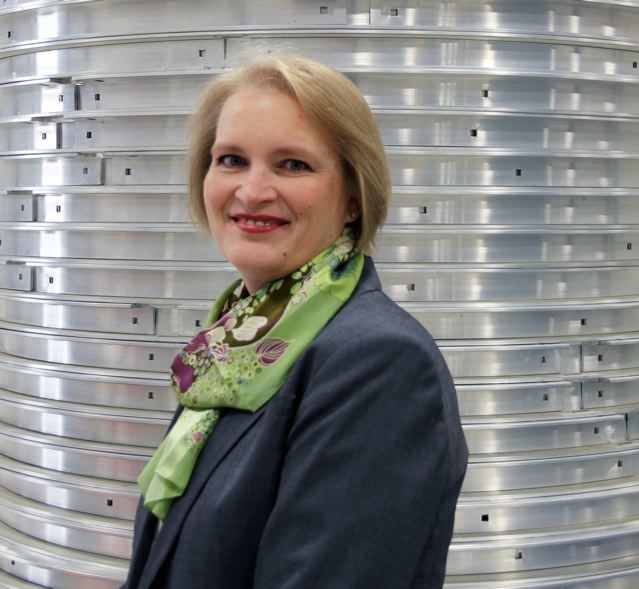 From Finland with Love

Imagine coming to Canada from Finland with the idea to sell new waste containers without any contacts or understanding of the Canadian waste industry.  “I was this 30-year old, single mother of a one-year old child, selling my dad’s product in another country. I didn’t know anyone. I was working in an industry that was 99% male. But I knew that my father’s invention, the Molok® Deep Collection™ waste management system, was a proven product –and I was going to make it happen,” says Marja Hillis, CEO of Molok North America.   After all, who could dispute the success of Molok, which has been around for 21 years and is used all over the world? Charting new opportunities was something Hillis had her sights on – and no one was going to say it wasn’t possible. Perhaps it was that Finnish stubbornness sisu, or perseverance, that kept her going. “One of my biggest mottos is never give up. If you want to succeed, you have to keep at it.”

Considering the focus on truck collection methods, Molok’s new way of managing waste was the first time the industry observed a revolutionary development in waste containers.  “The focus has always been on how we get the garbage out quickly and efficiently. It was never about the containers.  Molok changes that,” says Hillis.”

So what is the Molok® Deep Collection™ waste management system? As Hillis points out, Deep Collection™ is a term that aptly describes its double meaning.  “The key is its vertical underground design. The Molok container is 60 percent underground, with only 40 percent of the container visible above ground. The design allows for gravity to help in compacting the waste so you can put more in. Plus, the coolness underground reduces offensive odours, and it allows you to wait longer before you need to empty it – saving money.  As an added bonus, the system prevents vandalism and visits from pesky animals.”

“I remember when I first met Marja,” says Paul Ronan, Executive Director, at Ontario Parks Association. “What struck me was her passion for educating people on products that will help us get a better environment. She hired people who shared that vision and were willing to go out and advocate for a cleaner, more livable environment.  And the Molok lends itself to cutting down on the carbon footprint and reducing unsightly bins all over the place.” With the help of her first client, the Ontario Parks Association, Hillis was able to introduce Molok to the Kitchener community. “Our motto is protecting tomorrow today,” says Ronan. “We’ve been around for 75 years, serving mostly the municipal sector.  When Marja first approached us, it was her vision that sold us. The rest, as they say, is history.”

On April 1, 2012, Molok North America Ltd. opened its doors to a 39,000-square foot manufacturing plant in Mount Forest, Ont., capable of producing 10,000 waste containers per year. But success didn’t come easily. In the beginning, Hillis couldn’t find a waste management company that wanted to empty the containers. Undaunted by this setback, Hillis and her husband, Mark, set up their own waste removal company.  Later, Waste Management Inc. saw and heard from customers about the benefits of Molok and soon bought out the Hillis’ waste management company and hired Mark Hillis to work for it.

But for Hillis and her team at Molok North America, listening to their customers is a huge part of their success.  In fact, it’s the people who drive the use and success of Molok by telling the municipalities and other potential customers about them, who are then telling the waste haulers they want the Molok system.

Molok also takes pride in how it works with its customers, whether it’s a small corner store or an organization like Big Sisters and Big Brothers in Montreal.  “They’re involved in clothes collection.  It was important that the clothes wouldn’t get stolen or wet, so we developed a lid that would work for their needs,” says Hillis.  Molok North America also developed a bear proof lid. Today Algonquin Park uses 150 Molok container systems in their rest areas and camp grounds – for waste, recycling and even organics.

The attractive containers seamlessly blend into the environment and their uses are endless.

“I’ve been in this country for 15 years now, and last year my daughter and I became Canadian citizens,” says Hillis. “I knew when I came to this country, although I was selling a Finnish product, it had to be Canadian.  That’s why I established Molok North America Ltd. and made sure we kept the manufacturing as local as possible. There’s a lot of green washing out there, but at Molok, we walk the talk.”