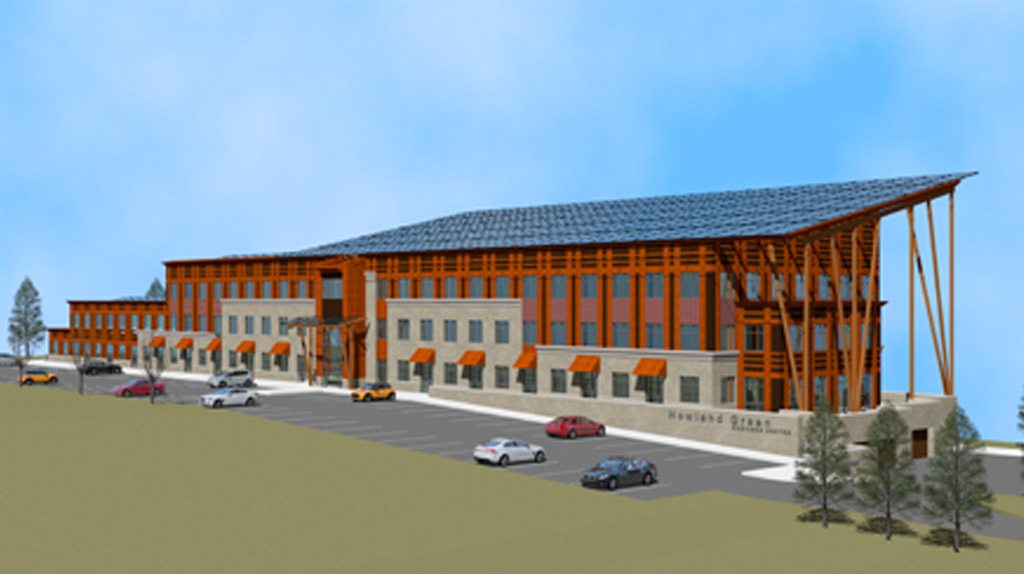 For Dave de Sylva and Howland Green Homes, the future is now.

What that means, really, is being aware of ongoing world-wide energy consumption, its global impact, and then doing something to combat the “addiction” to carbon-based choices.

To that end, Howland Green practises a Beyond Net Zero (BNZ) program, whereby its global carbon footprints can be reduced to beyond zero – essentially a negative reading – positive to our environment. Its mission: to build positive energy developments, which are zero carbon energy homes, building and communities that are so efficient that they produce more energy than they consume on a global basis.

“We can reduce our consumption greatly and it’s relatively easy to accomplish,” says de Sylva, P. Eng., President of Howland Green Homes. “We need to use much less energy, in general, and start using ‘today’s’ energy, such as wind and solar, rather than carbon-based energy.

“At Howland Green, for example, we can reduce operational energy usage by about 82 per cent, compared to normally-built buildings; and that’s just through the use of simple building choices.”

The benefit of BNZ, explains de Sylva, is that the concept raises the bar when it comes to homes and buildings that have a cleaner ecological footprint. Not only do those buildings save owners thousands of dollars, by producing more energy than they consume, but they also reduce the carbon footprint and make the world’s atmosphere measurably better.

As founder of Howland Green Homes, de Sylva has been instrumental in building some of the most efficient and advanced net zero projects in the GTA. Those include Green Life Delridge communities in Markham and Milton.

Now Howland Green is poised to raise the bar by introducing the first net positive energy residential condominium building in Canada, in Milton, Ontario, with Bronte West Condominiums. Bronte West will produce more energy on site and remotely than it uses on an operational basis, creating a zero carbon footprint, says de Sylva. According to a company statement, Bronte West will be the embodiment of construction innovation and the very definition of net positive. Powered by sun and geothermal energy, Bronte West will serve as the perfect combination of ecology, economy and technological advancement.

Complementing that project will be the Howland Green Business Centre in Markham, which will feature an impressive collection of net positive energy condo office spaces, says de Sylva.

“Because of our planet’s addiction to carbon-based energy, we suffer warmer sea temperatures, we pollute our skies with carbon-based gases,” he says. “So we are seeing shifts in weather patterns that create more deserts, or floods, or other rapid unpredictablilty in events and frequency.”

To combat those negative situations, de Sylva says Howland Green will do its part.

“It’s important to understand the global problem of climate change and the absolute need, in everything we do, even beyond the building process.”

He points out that sustainability is the term used to define the ability to endure. And at the rate the world is building today, it’s imperative to change how that process is done. If we don’t change, that points to an outcome of ‘non-survival.’

So while Howland Green understands that concentrating on energy reduction itself is one goal, the switch to a capture of ‘today’s’ energy sources of wind and sun is seemingly paramount.

“The impact of fossil fuel addiction has been proven, with negative atmospheric consequences in both carbon-filled air and particulate matter,” de Sylva says. “The goal of going beyond net zero to BNZ implies that the impact of our developments measures a reduction in overall global carbon footprinting.

“While some of our projects achieve this on the physical site itself, others – through the Howland Green Footprint Program – will see reductions in nearby locations or, perhaps, in foreign locales. We are faced with a global issue and, luckily, what we actually do is more important than where we do it. We all share the same atmosphere, so everything makes a difference.”

Some of the features found in Howland Green buildings include: To illustrate his point about the need to rely on ‘today’s’ energy, de Sylva uses an example where he looks at the big picture.

“The start with, we need to understand that the earth receives about 174 petawatts of energy per year, which converts to about 174,000,000 gigawatts,” he says. “Globally, we use 1 ½ per cent of 1% of that total, but only 12% of that amount is from wind and solar. The rest, or majority, comes from decayed animals and plants that release carbon into the atmosphere. So it’s pretty obvious that we need to use ‘today’s’ energy and stop the pollution. Solar or wind, it does not matter.

“We need to look at whatever we do as a global issue. Whether we capture more solar energy than we use – as is the case with Howland Green Business Centre – or we generate excess energy off-site in wind farms or other rooftops, the effect on the global footprint is negative.

“In effect, we create a benefit to the global atmosphere as a result of our building. This can also be accomplished by reducing other footprints around us, such as retrofitting existing buildings with modern lighting, geothermal systems or new insulation. By measuring the results, we can measure how we have reduced the global footprint as a result of our building effort … the Beyond Net Zero effect.

“And we should never underestimate how important BNZ is to our future and how we can reach our much-needed goals.”