The ultimate in luxury 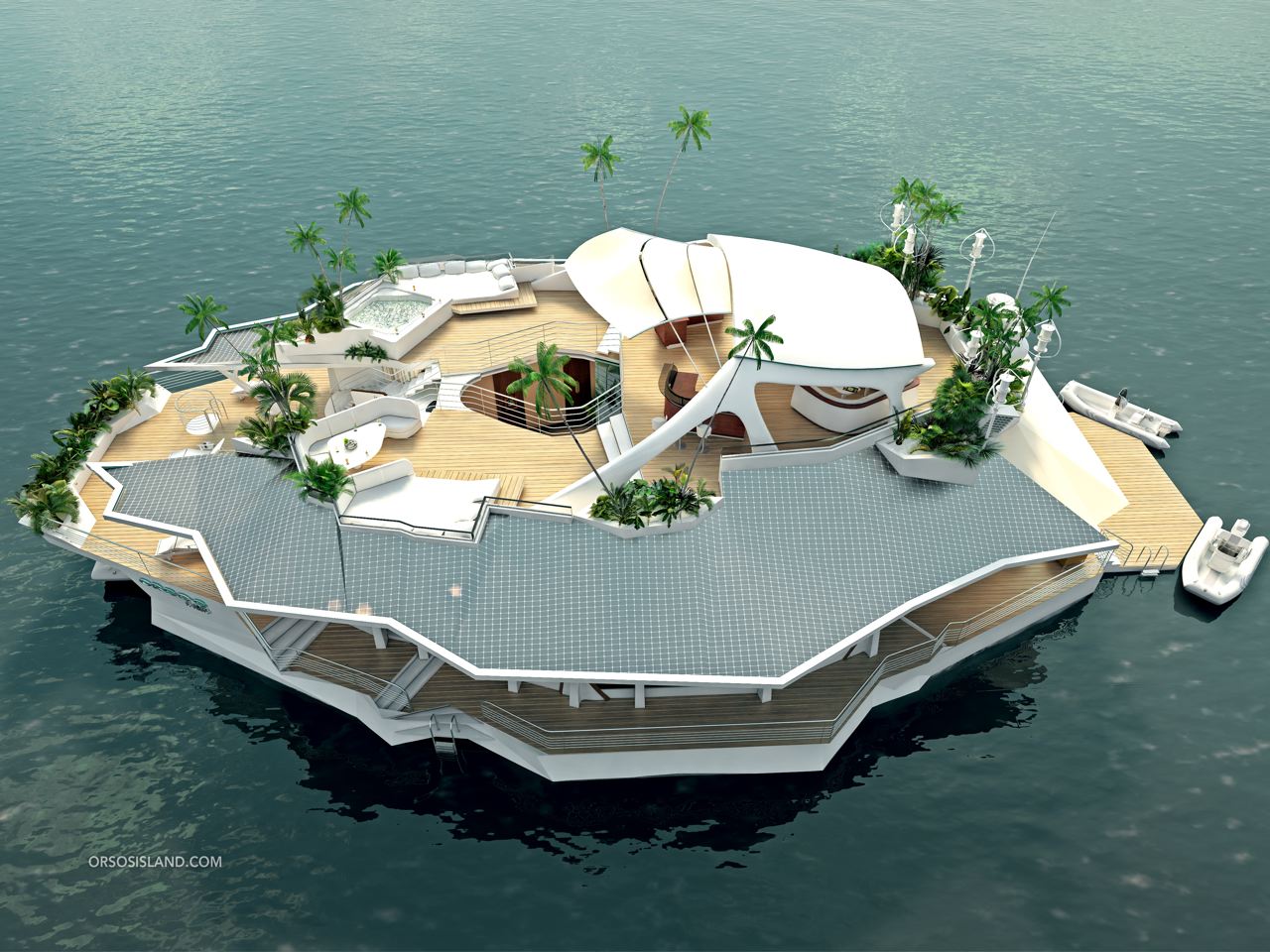 The ultimate in luxury

By GREG McMILLAN
It’s not a stretch to admit that, at one time or another, probably everyone has had a daydream about being the owner of a private island somewhere in a far-flung exotic locale.

More often than not, though, that dream quickly fades when various costs and logistics are factored in.

But there are other options available for those with the cash flow, not the least of which is the availability of a floating man-made island combining the natural experience and mobility of a yacht with the comfort of a mainland home.

Called Orsos Islands, the concept has been developed by an Austrian group to provide a luxurious living space that can travel anywhere in the w “This project is a transition between a building and a ship,” Mihály tells Green Building and Sustainable Strategies magazine. “On the one hand it has the habitable comfort and aesthetic of a building and on the other hand the dangers and inconvenience arising during shipping can be avoided. It is placed on the water surface and, because of the proximity to water, it implies the feeling of relaxation and holiday.”

Tired of one location? Owners could simply weigh anchor and move their “island” elsewhere. And although there are none currently completed, Mihály says the project is well underway.

“The permit procedure is in progress right now,” he says. “The European-Chinese co-operative company, ORSOS Island Asia Ltd., is dealing with the further development of this project, and all production will probably be done in China.”

So, what, exactly, would future owners be getting with an Orsos Island? For starters, each 37-metre-long vessel unit would have room for six bedrooms, complemented over the 1,000-square-metre living space by minibar, dining room, aquarium, barbecue, Jacuzzi, games room and, of course, sun loungers.

Not to be overlooked are the sustainable features, which are many … and varied.

From an energy standpoint, an Orsos Island would be environmentally friendly, powered by 160 square metres of solar panels, as well as wind generators that would produce more than enough power for a the daily consumption of a family household, according to Mihály, who was responsible for the interior and exterior design.

In addition, energy generated by the craft could power both air-conditioning and heating systems. The “island” has been outfitted with its own desalination system, as well, capable of converting saltwater into suitable drinking water. Monitoring the advanced energy management process would be a “smart” computer network. This feature also makes sure a regular power supply would be maintained.

No sustainable design, however, would be complete without attention to waste disposal and plant use. And that’s the case with the Orsos Island, as Mihály points out that every level conveys a “nature” feel, with the utilization of diverse plants and a special irrigation system. Garbage is collected, he says, in a chilled depot, then compressed, and stored in an odour-free manner, which could be removed at any time.

Compared to a real island or oversized gigayacht – with price tags often over $1-billion – an Orsos Island seems to be an absolutely bargain basement option at less than $7-million. Still, getting beyond the design stage has been slow, although Mihály is encouraged that the company is currently in production preparation.

“It has to do with the permit process,” he adds. “The facility classification is a new concept. The Corsos Island is more than a houseboat, but less than a ship.

“Furthermore, there are specials rules regarding its properties and placement procedure. According to various permits, it could be placed only close to shore or in bays due to its height, plus any movement is only allowed using tugboats.” While ironing out the approval wrinkles, Mihály is confident the original vision of Hungarian entrepreneur Orsós Gábor remains on track – an affordable “green” luxury living option for the mega-rich who want to try something different.
Web