The light of glory 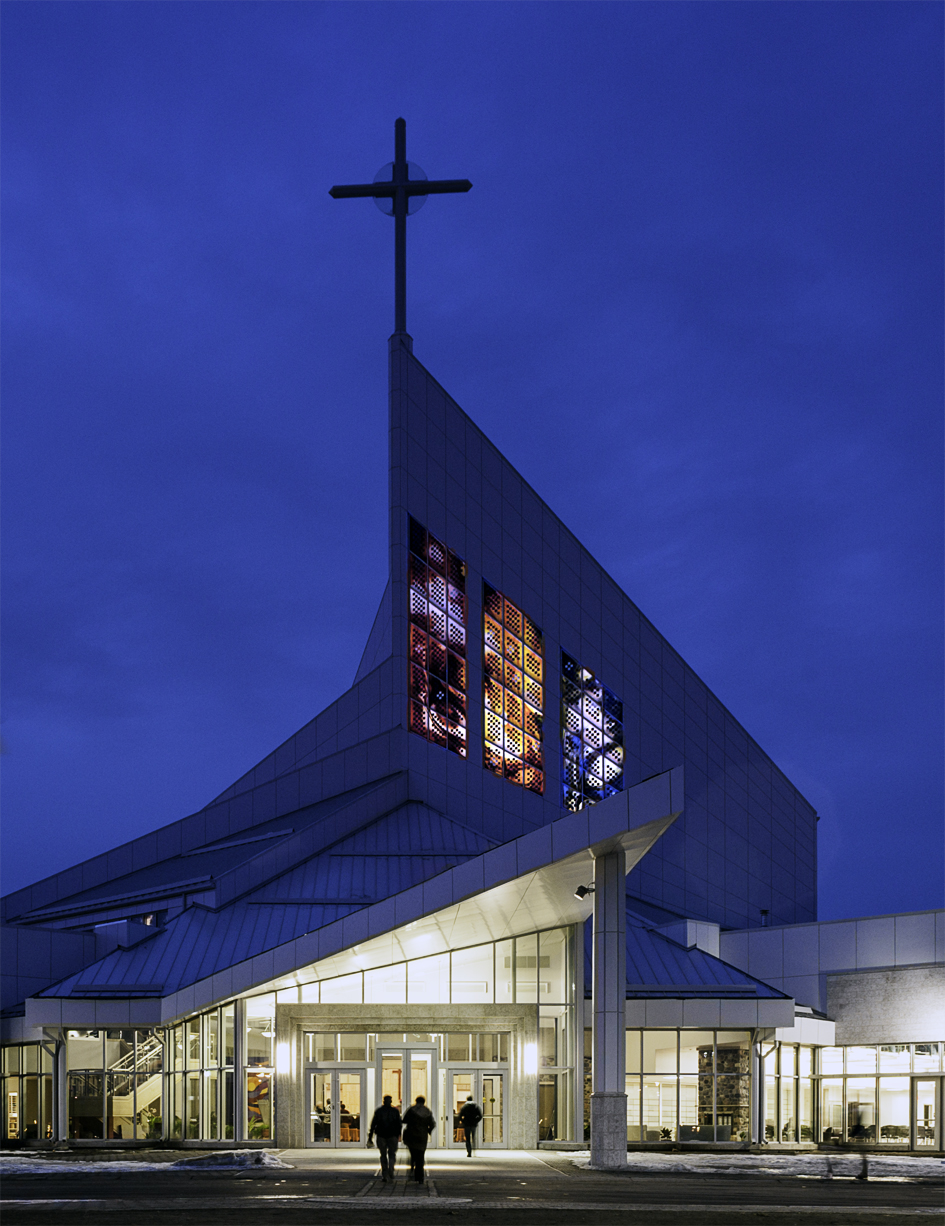 The light of glory

For Canadian artist Sarah Hall the challenge was straightforward.

Simply put, she was asked to design stained glass windows that generate solar power for the Cathedral of the Holy Family in Saskatoon.

“The intention of the project is to demonstrate that beauty, art, and renewable energy can work together,” says Hall.

A world first, the cathedral project, called Lux Gloria (The Light of Glory), features an embedded array of 1,113 silver solar cells and is connected to Saskatoon Light and Power’s grid through SaskPower.

According to Kevin Hudson, manager of metering and sustainable electricity for Saskatoon Light and Power, the solar panels are expected to produce about 2,500 kilowatt hours annually.

Conventional, roof-mounted solar panels were originally considered, but the cathedral group decided they’d be difficult to integrate visually, so a solar element was brought into the mix for the art glass windows.

It was pointed out that Lux Gloria was inspired by the beauty of God’s creation expressed in Saskatchewan’s vast prairie skies by day and the northern lights by night.

Within the silver-hued solar array are 12 dichroic glass crosses, signifying the Apostles. There is also a circle, representing a prayer for unity. The windows were fabricated by Glasmalerei Peters GmbH in Paderborn, Germany, while the new windows were engineered by solar expert Christof Erban, of Aachen, Germany. “This project was particularly challenging,” says Hall. “In terms of size, the panels were large, shaped and heavy, making them difficult to handle.

“The largest window is 37 feet high by 12 feet wide and the two others are only slightly smaller. There are 18 panels in each window, totalling 54 with solar cells embedded in each one.

“Each of the 54 panels was a different in shape and dimension so everything was custom made.”

She says accessing the windows was also very demanding, as they needed to be installed and wired from the exterior by crane and cage starting 107 feet up in the air – with the crane operator doing his work “blind” because of the overhanging canopy.

“Not for the faint-hearted,” Hall says.

From an artist’s perspective, designing stained glass windows that generate energy is a far cry from traditional techniques.

“Designing stained glass windows that generate energy, versus the traditional technique of painted and leaded windows is a significant artistic leap,” Hall says. “It has been a steep learning curve.

“For a thousand years our goal as artists and artisans has been to add beauty, meaning and mystery to buildings.  The experience of colour and light can be transformational. What we do have in common with solar is an absolute dependence on sunlight.  The crystalline structure of solar cells relates well to glass art. “The primary difference is that the artist has to bring a grid of cells into the design – and that it has to be functional from a solar viewpoint,” Hall says. “An artist also needs to collaborate with experts in solar technology right from the inception of the project.

“Since my work has always been part of architecture and set within a building it was not a difficult transition to consider adding building integrated photovoltaics.  I have also always liked the juxtaposition of nature and geometry in my artwork, so solar cells immediately provided the geometry.“

Hall says she thinks there is now a lot of interest in solar art glass façades. “I think we are just at the beginning of a new way of building – where our façades generate energy and the field of stained glass can add a beautiful dimension to solar and our buildings. My hope is to soften hearts about renewable energy and provoke interest and conversation.”