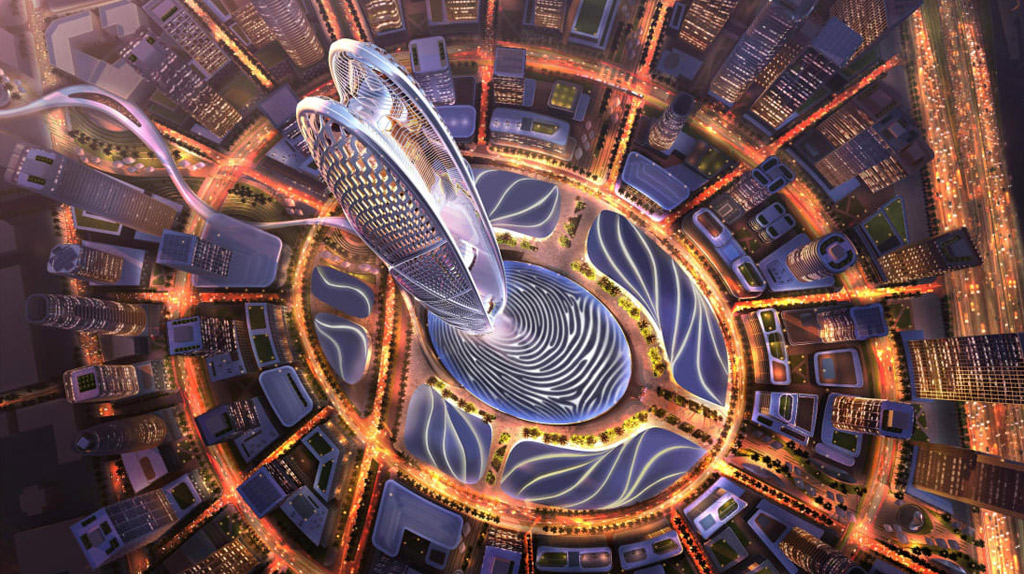 Following a record-breaking 2018 and its completion of 13 different high-rise buildings that are 200 meters and more, Dubai – the well acclaimed “World’s Capital of Modern Architecture”, is back and at it again, with the state-owned Dubai Holding recently unveiling plans for a new tower, design conceived by Skidmore, Ownings & Merrill (SOM).

The Burj Jumeira will stand 550-meters-tall (1,804-feet) in the Al Sofouh neighborhood of Dubai, home to popular Dubai landmarks, such as the Madinat Jumeirah, the Dubai Knowledge Village, and the Dubai Internet City. Strategically situated between the world famous Burj Al Arab and the Mall of Emirates, the tower will offer top-notch amenities – nothing short of the luxury-living typical of the state. Also, the tower will be the highlight of the newly proposed urban district, a residential and commercial area that will be called “Downtown Jumeirah”.

“Burj Jumeira is bold, elegant, and dynamic,” said SOM Design Partner Mustafa Abadan. “It will tower over Jumeirah as the centerpiece of the neighborhood, and will feature a synthesized architectural and structural design.” The tower’s flowing design emulates the regional dunes and oases of the United Arab Emirates, while its spherical observation deck is evocative of the native gulf pearl. The upper stories will have world-class sky lounges, restaurants, and observation decks with glass viewing platforms offering a unique 360-degree panoramic view of Dubai’s breath-taking scenery and the Arabian Gulf waters. The panelized metal façade system of the tower blends seamlessly into the structural system, and the central void will be used to host “social, cultural and artistic events and activities”. The split-volume tower’s overall shape is similar to that of its future neighbor – the proposed 135-meter high Dubai Lighthouse of the 2017 launched Dubai Harbour project, split along the middle by a vertical void into two curvilinear masses, so much so that the supertall Burj Jumeira when completed might easily be tagged the world’s tallest standing twin towers – a position currently held by the Malaysian Petronas Towers, which stretch 452 meters (1,483 feet) into the sky. Perhaps the most notable feature of the tower would be its base – designed completely from the outline of the real fingerprint of His Highness, Sheikh Mohammed Bin Rashid Al Maktoum. A large reflective pool and water fountains will highlight the base’s relaxing alfresco space and the walkable covered paths linking the tower to the array of retail outlets, the Sharaf DG Metro Station and other points surrounding the site.

The tower comes among the distinctive urban projects being set up in Dubai for the approaching expo 2020 and will be an architectural wonder that will proffer a daring new vision on Dubai’s landscape. Construction began January 31st, the same day the project was announced, with the first phase set to be completed by 2023. The new mega-project is arguably Dubai’s biggest architectural marvel yet, which will offer the highest standard of luxurious homes, office spaces, and hotels while arousing more curiosity and intrigue from residents and tourists alike.

With a portfolio spanning thousands of projects across 50 countries, SOM is one of the largest architectural firms in the world. Their primary expertise is in high-end commercial buildings including Burj Khalifa – the world’s tallest building – 152 story-tower soaring 828 meters above the metropolis of Dubai. www.som.com