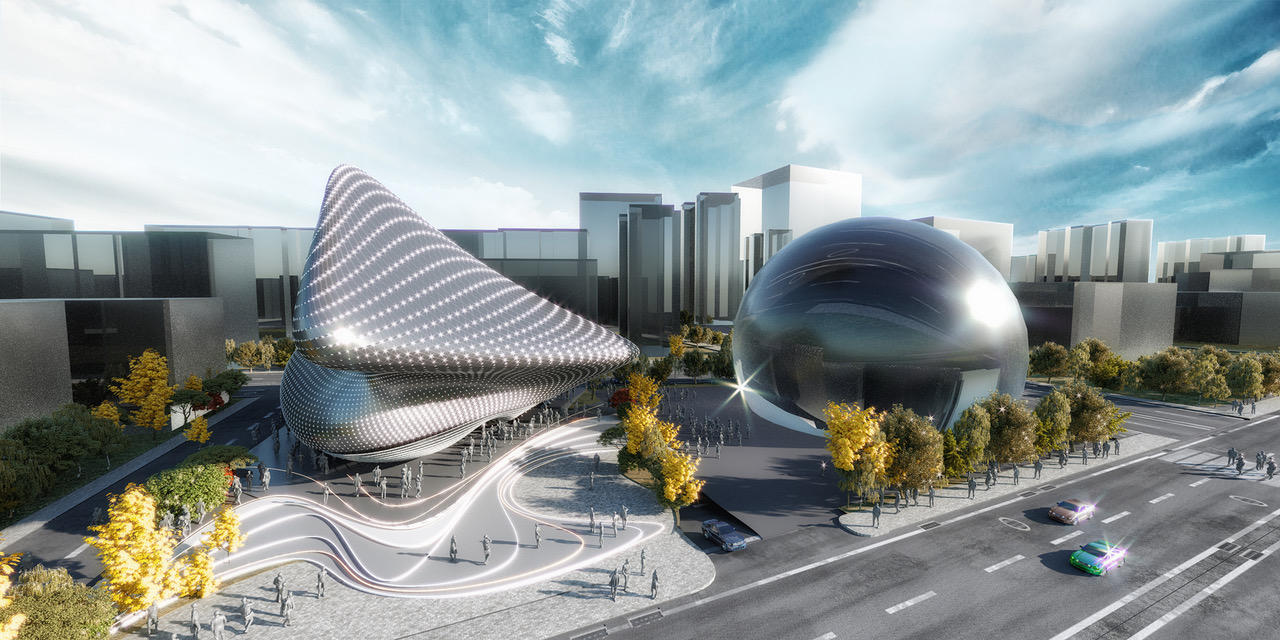 THE BIGGEST CAMERA ON PLANET EARTH IS IN SEOUL!

Isn’t the purpose of a Photography Museum to celebrate Photography? So why not create the biggest camera on planet Earth and celebrate the art of photography and the city of Seoul with an installation of a rooftop ‘Camera Obscura’ that marries past, present, and future into an experience that visitors will never forget. Photography makes our memories valuable, fixing them for a moment, while life keeps rolling rapidly in time. From digital to analogical, from microscopic pictures to satellite images, Photography has been freezing those fleeting moments. And, before all that, there was what we can call the grandmother of Photography, the ‘Camera Obscura.’

Seoul Photographic Art Museum is located on the cultural and art facilities of Dobong-gu in the Northeastern part of the city, and the ‘camera Obscura’ has the mission of documenting and providing a better understanding of Seoul’s history and the way it has managed to balance innovation and tradition. The ‘Camera Obscura’ rooftop installation is an ideal way to showcase the developing skyline of Seoul’s city view at the exhibition rooms and showcase the sky view at the top of the exhibition area in the building.

WHAT IS A CAMERA OBSCURA?

Camera obscura (from Latin, meaning “darkened room”) is a device that varies in size and can take the shape of a box or a whole room. A hole has been pierced on one of the sides or walls, which lets the light into the box or room, projecting the image on the other opposite wall or side. The device has been used in the past in science fairs and even as a circus attraction, which makes it favourite for any kind of public. There are more complex camera obscuras that use mirrors to project image upwards and right-side-up, and they can also have lenses sometimes.

HOW DOES THE CAMERA OBSCURA WORK ?

A Law of Optics that the ancients had already discovered serves as the base for the Camera Obscura mechanism. Namely, light travels in a straight line, but when some of the rays pass through a small hole pierced on thin material, instead of scattering, the rays cross the hole and reshape on the opposite wall (any flat surface held parallel to the hole) as an upside-down image. This peculiar phenomenon was described already the manuscripts of Leonardo da Vinci in the 15th century and by the mid-sixteenth century, lenses had begun to be used to increase the brightness and sharpness of the image.

HOW DOES THE ‘CAMERA OBSCURA’ WORK INSIDE THE MUSEUM

One of the systems comprised of two lenses and a large periscope mirror was installed on the very top of the building. Its closable and openable system. when Its area needs a dark area, the pinhole will be closed to provide a dark atmosphere for exhibition. On event, the pinhole will be open to show visitors how it could be to realize a real camera. This system provides a great event and experience for users.

WHAT IS THE PURPOSE OF THE CAMERA OBSCURA IN OUR BUILDING

The main purpose of the project is to use the structure and shape of the building itself as a big camera. The camera obscura idea on the top of the building will project the wide sky that could be seen from the roof. It can also be used on the west and east surfaces of the building, which would allow the Camera to show Seoul’s urban landscape across the gallery space.

ABOUT THE FORM CONCEPT

“Photographic Art Museum Design‘’ sets itself in contrast to the block-like structures that surround it in Seoul, Korea. Museum Design’s fluid architecture embodies an enlightened philosophical framework. The centre’s fluid exterior surfaces rise from its surroundings to define a series of exhibition, education, and research spaces within, inviting the urban fabric of the city into the heart of building.

In total 6,658.92 gross square meter on the museum’s four floors where you can enjoy in real lifetime the photo experience and exhibitions of classic examples of ‘Camera Obscura.’ The exhibition part will be comprised of optical illusions, puzzles, etc., providing guests with dizzying alternate realities and tricks for the mind and the senses. Gamification will be a key element of these exhibitions. Visitors are encouraged to get involved with everything, play with it all, and unlike a lot of learning centers, there is nothing in this one you are not allowed to touch. Its interior will be distributed over the 3rd and 4th floors that hosts a wide variety of artworks of over 1,435 square meters of exhibition. It s particular external form does not allow the entry of the light. However, some of the exterior facade panels would be made openable, closable, and adjustable for the times in which there will be need of daylight in that area.