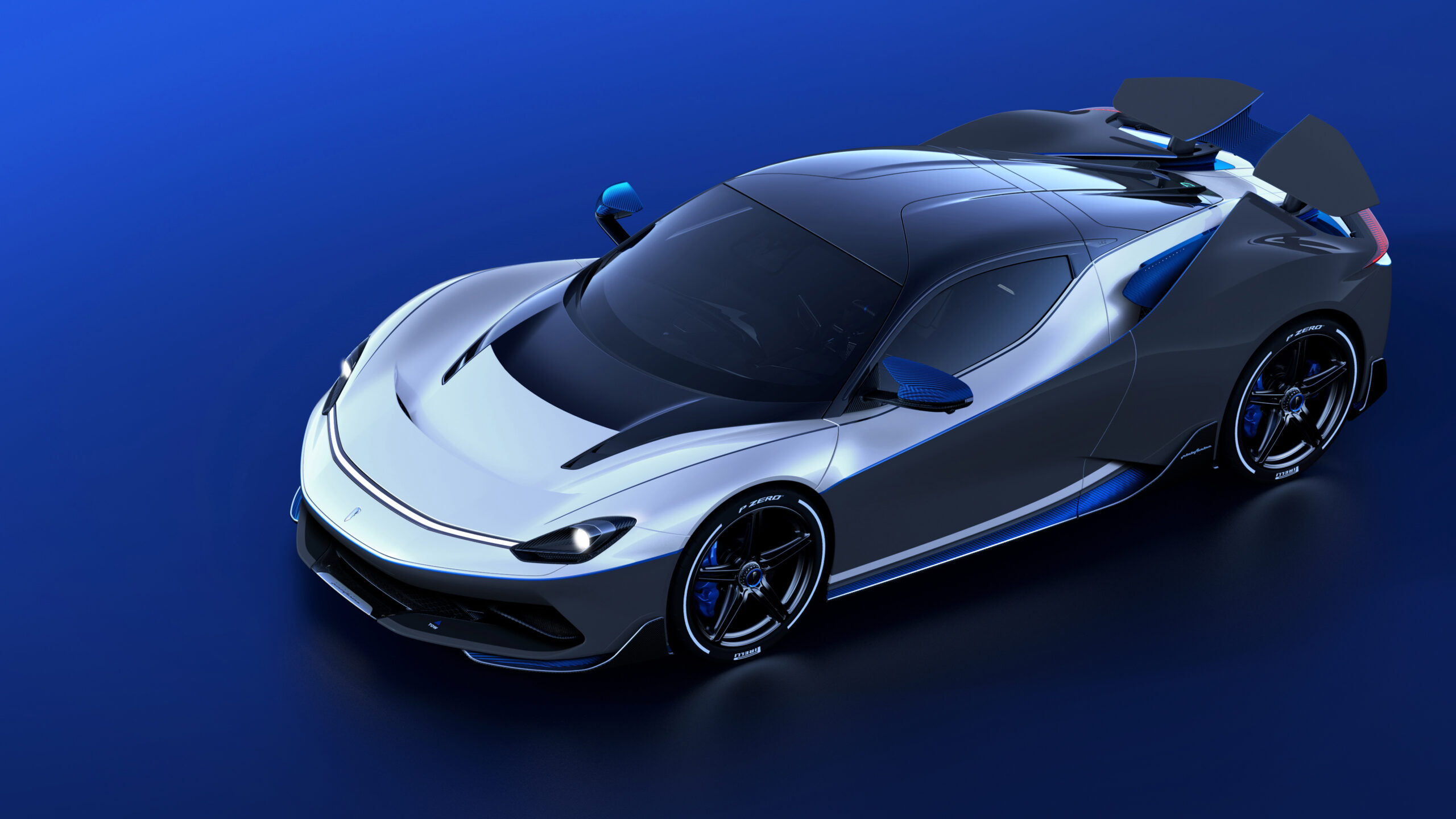 Italian auto designers Automobile Pininfarina have added an elite vision of the Pininfarina Battista electric car to their stable of super-fast road racers.

They claim this is the ultimate expression of the world’s first luxury pure-electric hyper-GT street racer, although we should not be surprised if they have more up their sleeve.

The ‘Anniversario’ alludes to the fact it is 90 years since founder Battista ‘Pinin’ Farina established his coach-building business. This spun out into arguably one of the world’s most bespoke auto design companies.

It also underlines the fact that electric cars are becoming synonymous with their brand, but this time they are being hand-crafted near the company’s headquarters in Turin, Italy.

However, skilled artisans will make only five Battista Anniversario’s, which are up for grabs in exchange for over three million dollars apiece. This makes it the most exclusive, most powerful road-legal electric car to come out of Italy, ever.

Automobili Pininfarina will hand craft just five Anniversario’s in Turin, with the balance of 145 being standard superfast electric cars. Production will begin by the end of 2020. Bidding is expected to be brisk for the Anniversario despite a minimum price tag of €2.6 million each.

These five heritage vehicles celebrate the beginning of Automobili Pininfarina ninety years ago. The founder’s grandson, Paolo Pininfarina, Chairman, Pininfarina SpA says: “My grandfather always had the vision that one day, there would be a stand-alone range of Pininfarina-branded cars. The Battista Anniversario, named in his honor to mark 90 years of the carrozzeria that he started, is a glorious way to link our Per Svantesson, CEO, Automobili Pininfarina explains “For 90 years, the Pininfarina name has been at the forefront of automotive design and performance, and the Battista perfectly encapsulates these values. This ultimate expression of Battista, the Anniversario, is the distillation of everything that the brand has stood for in the past and which we now strive for in the future, creating a new pinnacle of desirability for sustainable and luxurious electric cars.”

Battista Anniversario enhances the basic model – if basic is the right word – with an added level of dynamic ability, and bespoke heritage-inspired anniversary livery. Skilled artisans will take several weeks to paint each car, building up the finish layer-by-layer and color-by-color and all by hand.

Each car will feature a combination of three signature colors: Bianco Sestriere, the never-seen-before Grigio Antonelliano, and Automobili Pininfarina’s signature Iconica Blu. The artisans in the paint shop will painstakingly strip the bodies, and reassemble them five times as they meticulously hand paint the pin stripes directly onto the cars.

Luca Borgogno, Chief Design Officer, Automobili Pininfarina is justifiably proud.  “Battista Anniversario features one of the most complex paint finishes in the world. The process of creating such a finish is akin to a great artist completing an Old Master painting. The result is more than just a visual work of art. Styling, balanced with ultimate performance, produces a genuine Pininfarina: the beauty of power and the power of beauty.”

However, the Anniversario does things a little differently. These additions are finished in two-tone combinations of exposed signature carbon and carbon tinted in Iconica Blu with pin stripes in Bianco Sestriere.

The finishing touches to this electric supercar – the fastest to come out of Italy – include:

These adjustments enable the fully-electric Anniversario supercar to achieve its top speed of 350 km/h (217 mph). The Battista Anniversario is faster than a Formula One car in the sub-two second 0-60 mph sprint. Finally, the all-electric supercar accelerates from 0 to 300 km/h in less than 12 seconds.

These levels of performance are delivered alongside a zero-emissions range of 500 km, thanks to car’s 120 kWh battery oack, mounted within a stron T-shape carbon frame low down in the chassis.