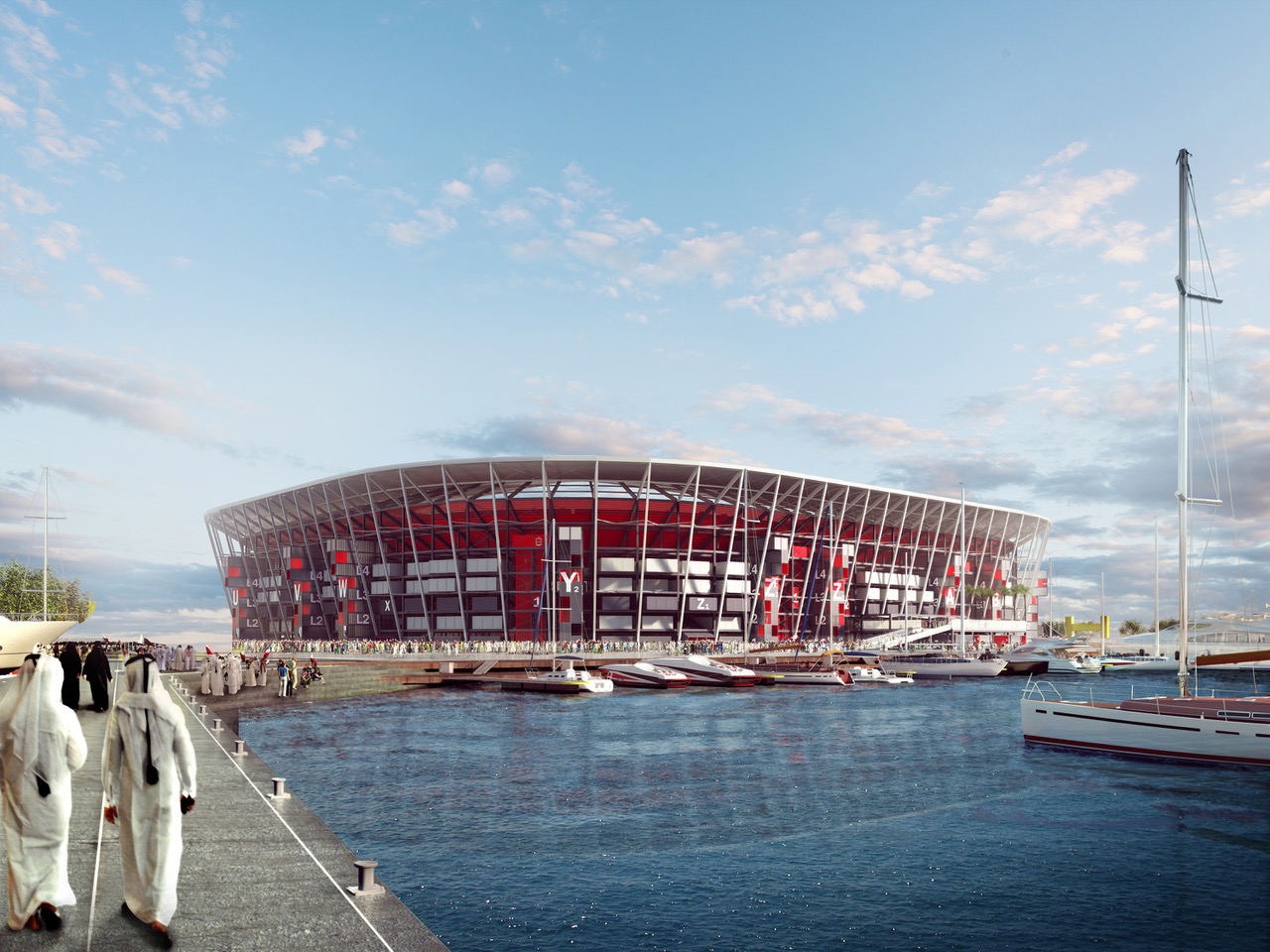 THE FIRST EVER TRANSPORTABLE AND REUSABLE STADIUM IN THE WORLD

The stadiums design is unique as it’ll be the first ever demountable, transportable and reusable stadium in the World. Its structure is based on shipping containers, which can be easily assembled or disassembled as required.

The main objective is to create a socially responsible stadium based on following concepts: modularity, movability, legacy, functionality and iconic image.

Mark Fenwick, from Fenwick Iribarren Architects, assures that “we are confident that this innovative and sustainable concept will serve as an inspiration for other architects from all over the world. And will allow for the creation of aesthetically pleasing spaces to serve as a legacy for future projects”. Constructed using shipping containers, removable seats and other modular ‘building blocks’, not only will this innovative, 40.000-seat venue have a remarkable design, but it will be completely dismantled and repurposed following the tournament.

“This venue offers the perfect legacy, capable of being reassembled in a new location in its entirety or built into numerous small sports and cultural venues. All of this in a stadium that delivers the atmosphere fans expect at a World Cup and which we will build in a more sustainable way than ever before,” said Hassan al-Thawadi, secretary-general of Qatar’s World Cup organizing committee.

In its short lifetime, Ras Abu Aboud Stadium will create an innovative blueprint that will give global stadium developers and tournament planners a fine example to follow. It will guide the way towards more sustainable and more legacy-driven sporting competitions, opening up hosting opportunities to countries all over the world. The stadium is aiming to achieve a four-star Global Sustainability Assessment System (GSAS) certification. People who live close to the stadium site will enjoy a verdant waterfront development that will occupy the site once the stadium has gone. Work will begin soon after the final whistle brings the venue’s Qatar 2022 FIFA World Cup quarter-final match and the stadium’s tournament duty to an end.

As soccer fans make their way to Ras Abu Aboud Stadium, enjoying stunning views of Doha’s skyscrapers from across the bay, they will marvel at a soccer stadium unlike any other. This 2022 Qatar FIFA World Cup venue will be constructed using shipping containers and modular steel elements, echoing the nearby port and Doha’s long maritime history. The result will be a distinctive, boldly colourful and thoroughly modern arena that will almost look like it is made from building blocks. The venue’s temporary nature and clever modular design will mean that fewer building materials will be required than in traditional stadium building, helping to keep construction costs down. And with other projects reusing the seats, roof and other components of the arena, parts of the venue will be utilised for years and even decades to come. Minimizing construction costs and ensuring regular future use are the key ingredients in making a new stadium and sporting mega events sustainable. The design concept will result in the swift, cost-efficient construction of a stunning arena, which will have an elegant curved square form. The enclosed shape of the stadium will ensure a memorable atmosphere for fans and players alike at the Qatar 2022 FIFA World Cup fixtures up to the quarter-final stage