Snaking into the future 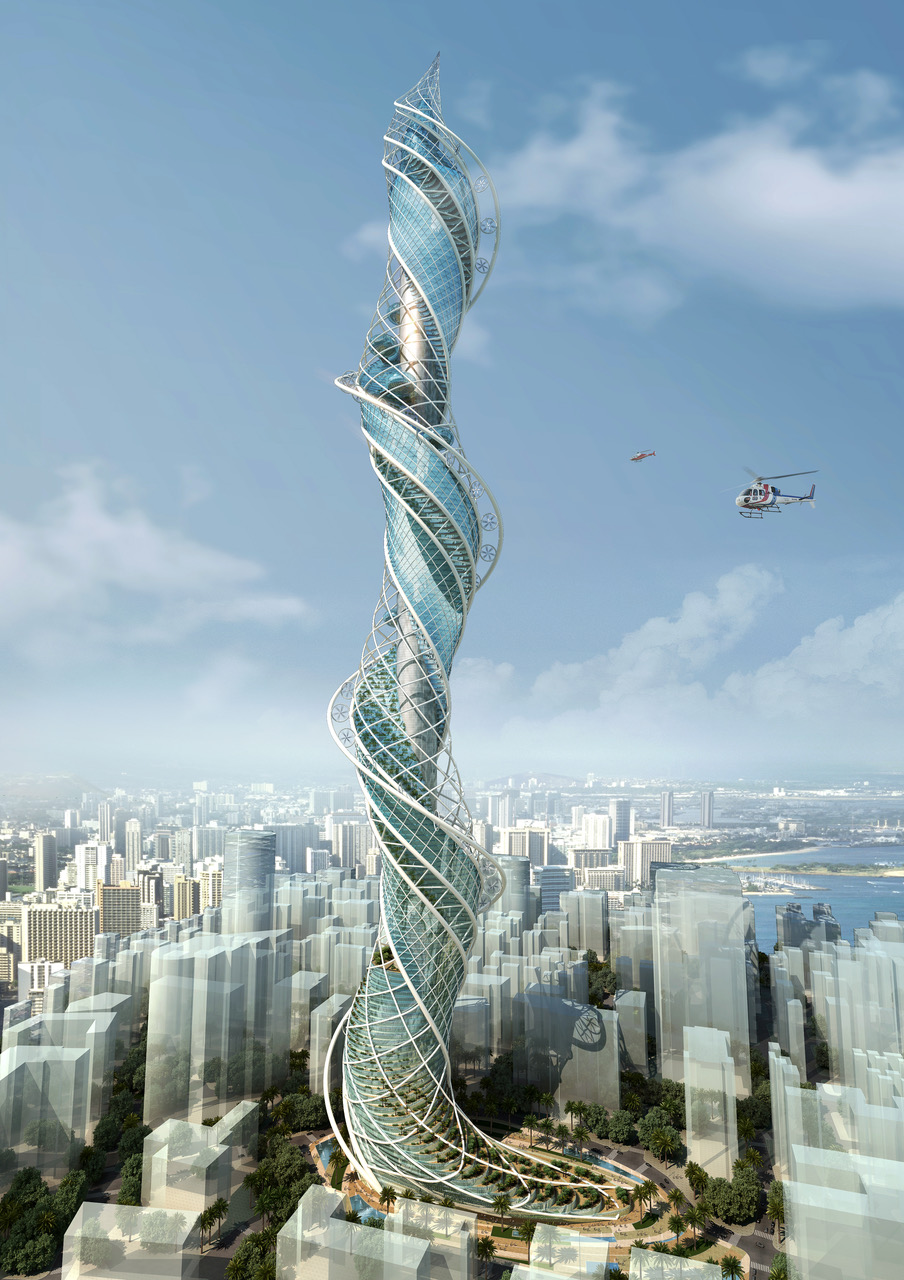 Snaking into the future

Mumbai, India – When completed, the mix-use Wadala Tower would be one of the tallest of its kind in the world.

Wadala Tower is a 21st century ultra-futuristic “Cybertecture” skyscraper situated in the heart of India. The design concept of this super high-rise tower is driven by a strong image of Indian snakes. The tower targets to serve a diverse group of potential clients with the provision of shopping mall, services apartment, hotel and office use with 360 degree of breathtaking view. The avant-garde design is not only aiming to be the best mix-use tower in India, but is targeted to be a landmark as perhaps the best building in the world. In concept, the 1000m tower is a dynamic curling form generated by twisting floor plates. Each floor plate is rotated slightly at five degrees continuously upwards in order to create the dynamic and fluidity of the tower. On the other hand, large and luxurious terraces are also created by the rotating floor plates.

The stepped terraces would be ideal for extraordinary views and social interaction. Although the skyscraper would be one of the tallest in the world, its proportion is made to be slender and elegant through a series of sophisticated and thoughtful design processes. The tower can be conceived as a whole regardless of different uses as the twisting shopping mall is merged into the tower part, which is completely different from the conventional high-rise building where podium and the tower usually did not match with each other. Wadala Tower would also be one of the world’s most environmentally-friendly towers. With the provision of greenery, wind turbines and waterfall, a sustainable environment for apartment residents hotel users and office workers is introduced. A vertical urban forest is created by the twisting terraces with massive amount of vegetation which could reduce carbon emissions. External wind turbines are installed on every five floors which help to generate renewable energy. A grand waterfall along the core is not just for aesthetic purposes only but also helps to reduce the heat gain of the tower.

The dynamic composition of the diagrid façade system is inspired by the various skin textures and pattern of snakes. Different size and density of the diagrid create a magnificent layering visual effect. The overall frame is like the bones of snakes where there is a core with sub-structure. This structural scheme allows an open plan configuration by providing completely column free office spaces. In addition, “Cybertecture” egg-like forms are located at the upper part of tower, which allows for flexible uses such as clubhouse, restaurant and conference hall. This special designed space is a symbol of identity for residents, office workers and even visitors.

The ‘egg’ would glow in light like a gem in the darkness.