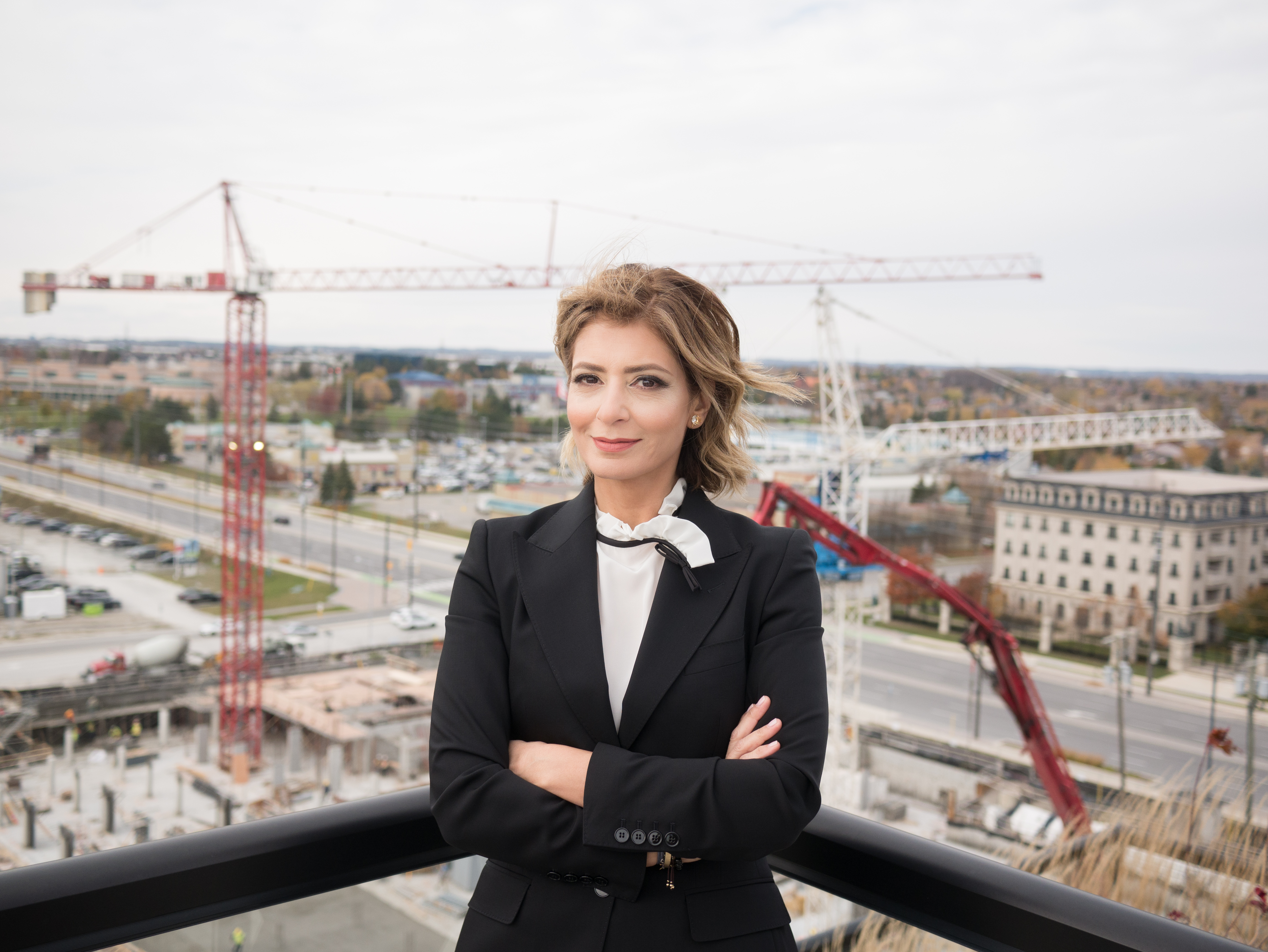 As a 7-year old girl, Shadi Aghaei remembers riding the school bus along the Boulevard Carnot and Promenade des Anglais in Nice, France, and marveling at the majestic Colline du Château castle, the blue green waters of the Mediterranean, the seagulls cawing, music playing and all the excitement on Castel Plage (beach). She remembers breathing in the invigorating scent of the garrigue that wafts across Nice from the Rhône Valley, sharing a sorbet on the weekend outside Fenocchio Ice-Cream on Place Rossetti with her father, and saying “I love to ride in the bus. I love it here.”

But Saeid Aghaei had other ideas, and told her: “Treasure your memories of the beauty around you while you can, because things might change.” He told her there were great adventures ahead and that there would be other beautiful places to live.

He was a successful civil engineer and homebuilder, and he aspired to opportunities offered by the quickly developing economy in North America. They had moved from Iran to Nice shortly after Shadi was born, and now he was preparing to move the family once more, to Canada.

Shadi was soon in Toronto, growing up in North York, attending étienne Brûlé high school and the Glendon campus of York University. She studied Mathematics, and graduated with her BA in 1994.

Her father began by building fine custom homes around North York Ontario, progressing quickly to townhouse developments and high-rise projects. He partnered with two cousins and their company is now the Times Group, one of the largest developers in Canada.

In 2000 the Canadian Government hired Shadi as an analyst in the regulatory department of the Ministry of Fisheries & Oceans. She was bright and worked hard, and was soon assigned to natural resources policy. She had learned about real estate and construction from her father, from her studies at York, and from her interest in architecture and clean energy. It was not surprising that she gravitated in this direction, eventually working in Canada’s real property branch.

After many years of good performance she was rewarded with responsibility for the government’s largest energy service acquisition program. She was tasked with modernizing 107 government facilities in the Ottawa region. It was challenging,” she says, “due to its scale, and also due to the need for public/private cooperation. The decision was made that the best way to fund it would be through P3 structures, which at the time were very new in Canada. It was difficult, but we persevered and succeeded in moving the yardsticks forward.”

By 2012, Times Group knew that Shadi’s expertise in modern buildings was of great value and recruited her as Vice-President of the company, with responsibility for design development, marketing, sales, pricing and government relations.

The built environment has been changing quickly with growing awareness of climate breakdown, cleaner building technologies and digital systems, that allow heating and cooling to be engineered in new, more precise ways.

In her new role with Times Group, remembering the wonders of Nice and southern France as a child, Shadi sought to create beautiful, cultured communities.

The past eight years have been a period of great expansion for the company and although they had always employed advanced approaches, with help from Shadi and the experts she has recruited their projects have become friendlier, greener, healthier, smarter and more sophisticated than ever before.

Most of their developments are LEED certified and several are connected to the Markham District Energy system, reducing energy consumption and their carbon footprint. Suites are insulated beyond requirements and fitted with high quality windows. Times Group designs include electric vehicle rechargers, bike storage, green roofs, and landscaped terraces.

Riverview, one of he newest projects near Warden and Highway 7 in Markham consists of more than 960 residential energy-efficient units with smart technology for entertainment, heating, cooling and security.

Shadi is a member of several committees that develop sustainable building standards, including EnergyStar for Multi-Residential and the Savings by Design program.

“I’m a great believer in building relationships and trust, and I reach out to others in our profession including competitors, because our responsibility is to the society first. We are expected to design cities that work, and it’s from healthy community building that I draw my satisfaction.” She is a fan of the book “Co-opetition” by A.B. Brandenburger and B.J. Nalebuff, which embodies the spirit of what Shadi sees as modern corporate behavior.

“My father and uncle are good men who build with heart, and their values have inspired me. My father taught me to respect everyone and cultivate trust, honesty and confidence.” Asked about being a woman in a male dominated field, she says. “I’ve never let it become an issue. To any woman with ambition I would say ‘Be strong and don’t sweat the small stuff. Keep your eye on your values and goals and you will accomplish great things.’”

Looking ahead Shadi is working to expand the idea of community development beyond condominiums to innovative premium level seniors concepts. She is toying with modern definitions of ‘community’ involving friends who wish to age together as a group, and are willing to form a funding structure well in advance, to ensure that when they reach their retirement years they have already secured a better home and amenities, with pre-planned neighbourhood supports and associations.

“When I think back to France, I remember a wonderful culture that focused on aesthetics, lifestyle and on friendly neighbourhood relationships. That is what we are trying to build here.”