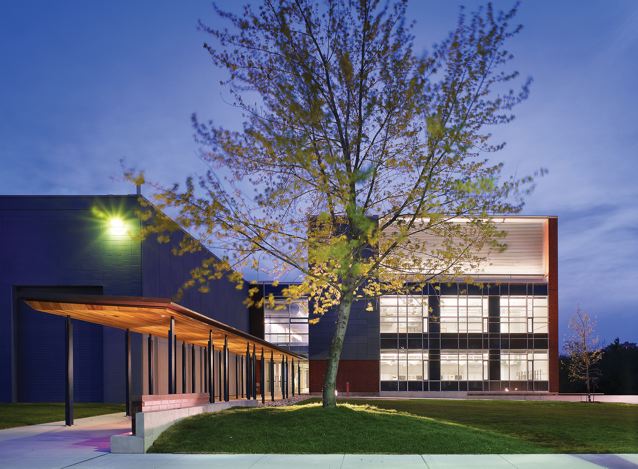 The harmony of the Termobuild radiant system

English students learn that stories are usually about man against man, man against himself or man against nature. In designing systems to heat and cool buildings, it seems like for hundreds of years it has been about man against nature. We expend a lot of energy creating heat quickly to defeat extreme cold, or creating cool air quickly to defeat hot temperatures outside. But what if humankind could work more in harmony with nature? Is there a way to reduce the level of conflict and thus the amount of energy required?

That’s what Jack Laken wondered back in 1979 when he began designing HVAC technology and working towards what is now called the Termobuild System. How can we slow down the process of preparing for cold or warm conditions and get ready in a more natural way? Forced air just didn’t seem to be heading in the right direction, and although Termobuild moves air through its system, it is a cross between forced air technology and a radiant system, taking advantage of the somewhat slower moving principle of thermal mass. With Termobuild, air moves through hollow cores in concrete building panels, but in a far less ‘forced’ fashion. That’s because 70% of its heating or cooling is achieved through the radiant effect of the concrete. This means that warm air can be created by heating it during the nighttime, when energy is less expensive, and storing it in the hollows and slab of the concrete for calculated, gradual, daytime release. During periods with high-temperature daytimes, the same process permits the storage and calculated release of cool night air. The result is significant energy savings for many buildings now benefitting from Termobuild. Projects have tended to be school and university structures, which adapt well to this type of construction, and can save between 35% and 50% on energy for cooling and heating.

The system consists of vents, fans, fittings, sensors and controls, plus hollowed out concrete slabs that were already being used for such buildings. Rather than having to increase ductwork, Laken recognized that these existing concrete panels could be slightly modified to serve the purposes of his more harmonic HVAC system. His company doesn’t even sell the panels themselves, strictly speaking; although they work with suppliers to modify them for Termobuild projects.

When used correctly, thermal mass located in a building can significantly reduce the requirement for active heating and cooling systems and the consumption of energy. “The idea is to do more with less,” says Laken, it’s like making the building into a big storage battery.” In addition to the active heating and cooling of the panels, surplus heat, generated from human bodies, lighting, computers, the sun’s radiation, etc., can increase slab temperature by 2‐3°C during the day, without affecting the comfort of the occupants.

This extremely efficient system is continuously monitored by computer sensors located in the hollow core slabs. They direct the flow of heated or cooled air to each room, and increase fresh air in occupied rooms by reading CO2 level fluctuations. Termobuild combines well with renewable technologies. It was used with a solar wall at a fire training institute near Pearson Airport and also with a scaled down geothermal system in Mundy’s Bay Public School in Midland; Ontario’s most energy efficient public school. “That school is achieving HVAC at 53 cents per square foot,” says Laken, “…compared with about $1.00 for newer schools and $2.00 for old schools. And at Mundy’s Bay some further optimization of the system could still be done.” Depending on outside temperatures, many buildings using extreme forced air heating actually exceed allowable CO2 limits between the hours of 10AM and 2PM. Because the whole Termobuild cycle is slower, 24 hours vs. a few hours, the system can use more fresh air, improve indoor air quality and still save energy. And because the building, often a school, is constructed largely from concrete, fire safety is enhanced, noise and vibrations are controlled.

In addition, concrete panels can help achieve LEED certification in a variety of ways. They can be recycled and locally manufactured; they provide thermal mass and an insulating core. They reduce the expended energy needed to manufacture, transport and erect materials, which are LEED requirements.

Combining the re-emerging benefits of concrete with contemporary control systems, renewables and an integrated approach to design has made the Termobuild system an attractive, environment-friendly and cost-effective option for many institutions. In all Termobuild is now in place at about 30 locations in Ontario and is beginning to expand into California, Latin America, and the Caribbean.

“We are trying to be in harmony with nature,” says Laken “We are using conventional wisdom in an previously unconventional way. We are using existing materials in a different application. It’s like being a conductor of an orchestra. We are taking people with instruments and existing talent and helping them to harmonize; helping them to make beautiful music together.”