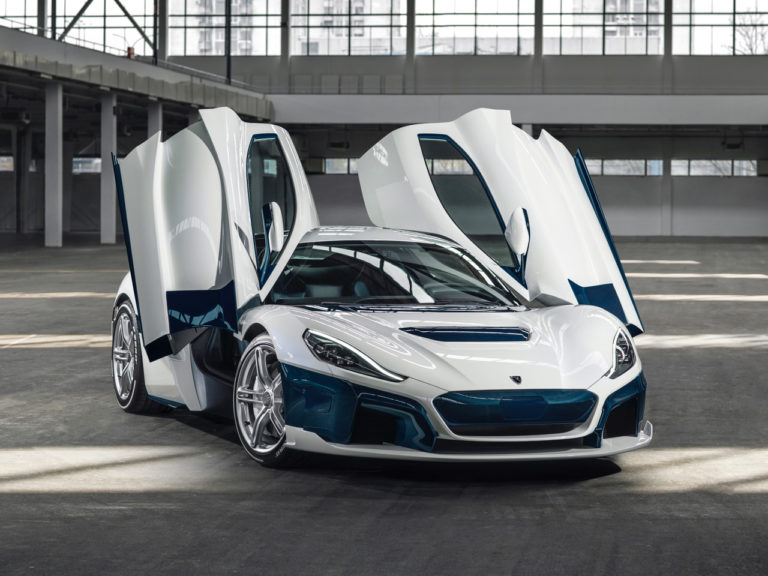 Established in 2009, Croatian company Rimac Automobili has quickly evolved into industry leaders when it comes to performance electric car technology. In recent years, Rimac Automobili has supplied some of the world’s most power-hungry car companies with vital components which are able to fulfill their highly specific demands.
Among others, Rimac developed a powerful 500 kW battery pack and associated systems for the revolutionary Koenigsegg Agera, the most powerful production car in the world with a combined power output of 1,340 kW or 1,797 horsepower thanks to twin-turbocharged V8 and Rimac Automobili’s potent 75 kg, 4.5 kWh 800 volt battery pack. This system is currently the world’s most power-dense battery pack in a production car, taking Rimac Automobili to the forefront of new automotive technologies.
With electric cars gaining mainstream momentum, Rimac Automobili gained global visibility and international recognition, which prompted big industry players to take interest in a boutique Croatian company. In June 2018, Porsche AG invested in Rimac Automobili, becoming the minority shareholder with 10 per cent share in the Croatian startup. That way, both companies got their own set of benefits, with Rimac getting a much needed official recognition and financial backing in further endeavors, and Porsche getting exclusive insights straight from the testing grounds.
To showcase the latest in cutting edge electric car technology, Rimac Automobili presented the C_Two concept in 2018. Built as a follow up to the 2013 Rimac Concept One, the new halo car shows just how much the electric car industry has progressed in a short period of time.
Just like its predecessor, the C_Two is an aerodynamically effective two-seater coupé built on an impressive carbon fiber monocoque that weighs under 200 kg. Some drama was added to the sleek silhouette thanks to butterfly doors, a must have in the competitive hypercar world where sensational looks are as equally important as mind-bending performance. In addition to being a low slung, low drag car which creates the foundation for effective use of air flow, the Rimac C_Two also benefits from active aerodynamics in form of active hood, front splitter, air brake and rear flap, all working together to achieve optimal results in every situation, be it hard acceleration, hard braking or tackling the sharpest corners.
Regardless of undoubtedly impressive exterior, the most important feature of the C_TWO lies underneath the bodywork. It’s the all-electric powertrain comprising of four electric motors powering each individual wheel. Working together, these motors have a total of 1,914 hopsepower and they instantly deliver whooping 2,300 Nm of torque. Thanks to immense power and specially developed Pirelli tires, the C_Two has a lightning fast 0 to 100 kph time of 1.85 seconds while the 0 to 300 kph sprint takes 11.8 seconds.
As that’s not impressive enough, the battery that powers the Rimac C_Two certainly is. Its capacity is 120 kWh, and it produces 1.4MW of power. The power-dense pack enables the autonomy of 550 km when driven in WLTP cycle. The battery pack itself is integrated in the monocoque chassis and it sits in the middle of it, enabling perfect weight distribution and also adding to the impressive torsional stiffness of 8,000 kgm/deg. The technology controlling Rimac’s latest halo car is as astonishing as its powertrain. Rimac All Wheel Torque Vectoring ensures perfect driving dynamics by addressing the right amount of torque to each wheel. The powertrain can be configured to transform the Rimac C-Two into a rear-biased silent hypercar as well, making it a proper challenge even for the most skillful drivers.
The technology doesn’t end there, as the C_Two is loaded with even more gizmos. In a place where technology meets gaming-like experience the C_Two can load selected racetracks into its on-board systems thanks to the ‘Driving Coach’ function. That way, the driver is presented with perfect racing lines with braking and acceleration guidance and additional steering inputs. At this moment, the Rimac C_Two is in its prototype phase, but the most discerning believers in electric car technology have something to look forward to since Rimac Automobili plan a very limited run of production variants of their current crown jewel. Electric cars have certainly come a long way, and selected buyers will be lucky enough to reap the benefits of galloping progress thanks to the revolutionary Rimac C_Two.