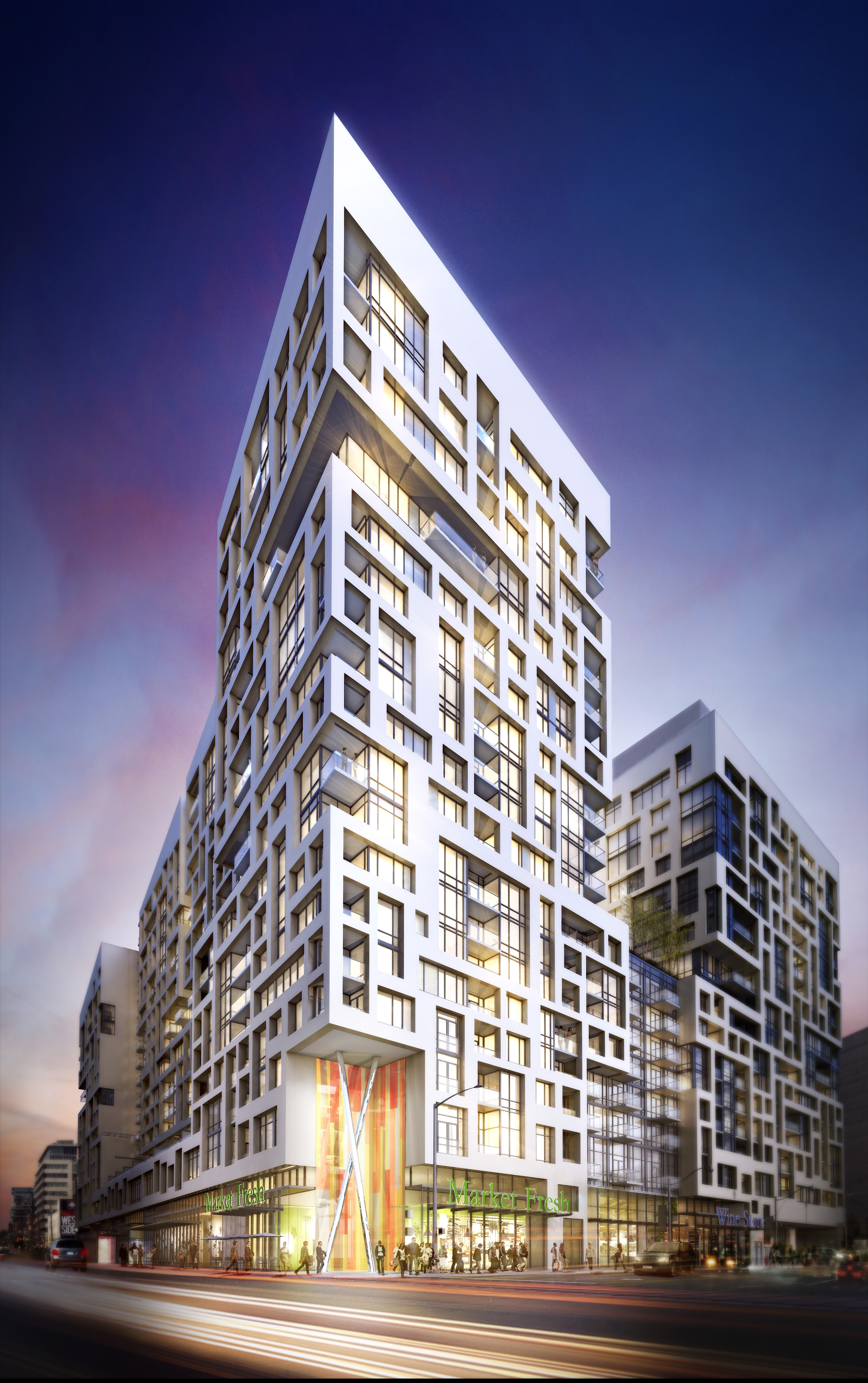 Minto is no stranger to setting sustainability benchmarks within the real estate industry. The developer has long held a reputation for prioritizing green initiatives and environmentally-aware design in each of its residential projects across Canada.

True to form, Minto is once again pushing the green envelope, this time turning their attention to the issue of green transportation. In conjunction with the launch of Bside, the second phase of their highly successful Minto Westside project, Minto has partnered with Nissan to offer purchasers a bold new incentive: Buy a parking space equipped with an electric vehicle (EV) charging station along with your condo, and Minto will throw in Canada’s top-selling, fully electric car, the Nissan LEAF®. This program not only provides fantastic value but also raises awareness about the lack of EV infrastructure in the downtown area. In many cases it is not a lack of environmental sensitivity that’s stopping downtown residents from going ‘electric’ but actually a lack of EV charging stations in the core. Through this green initiative, Minto hopes to increase the ubiquity of green transportation downtown while also helping future residents live a more sustainable lifestyle.

“The majority of high-rise buildings are faced with the challenge of overcoming a lack of infrastructure and space required for the transformers needed to install electrical vehicle chargers,” says Wells Baker, Director of Conservation and Sustainable Design at Minto. “Bside is aiming to set a new standard in Toronto: an environmentally progressive condo with a dedicated transformer for EV chargers, as well as space to add additional chargers as demand grows.”

It comes as no surprise that this simple, green feature has quickly become a selling point for the project, with residents from other Minto properties requesting for EV charging stations at their condominiums. Contrary to traditional car transportation in a city like Toronto, EVs don’t rely on gas, making them a cost effective and environmentally friendly alternative. Despite the obvious benefits, EVs have yet to become mainstream in the core, a deficiency that Minto is looking to change. “Our goal is to design for the future,” says Baker. “Installing EV chargers at Bside gives residents who want a vehicle in the city the ability to make an affirmative environmental decision. That alone is a huge step forward, but we wanted to take that next step and actually incentivize a decision towards the more sustainable option.”

A pioneer in sustainability, Minto is known for consistently producing energy-efficient residential developments. Since 2006, Minto has certified over 2,800 units using various LEED programs on a variety of projects in Toronto, including MintoMidtown – North America’s largest condominium to achieve LEED Gold certification.

Prioritizing high-end design as well as sustainable practices, Bside located at the corner of Front and Bathurst, offers state-of-the-art, design-forward suites from a price point rarely seen in the downtown core. Starting from the low $200s the project pays tribute to Toronto’s original warehouse districts by reinterpreting the architectural style of the area’s heritage buildings. Bside’s convenient location appeals to urban end users with busy work and play schedules. Weekends can be spent wandering the historic King West entertainment district, sampling the neighborhood’s high-end boutiques, charming cafes and five-star restaurants such as Buca and Lee or satisfying a culture fix at the nearby Princess of Wales Theatre and TIFF Bell Lightbox.