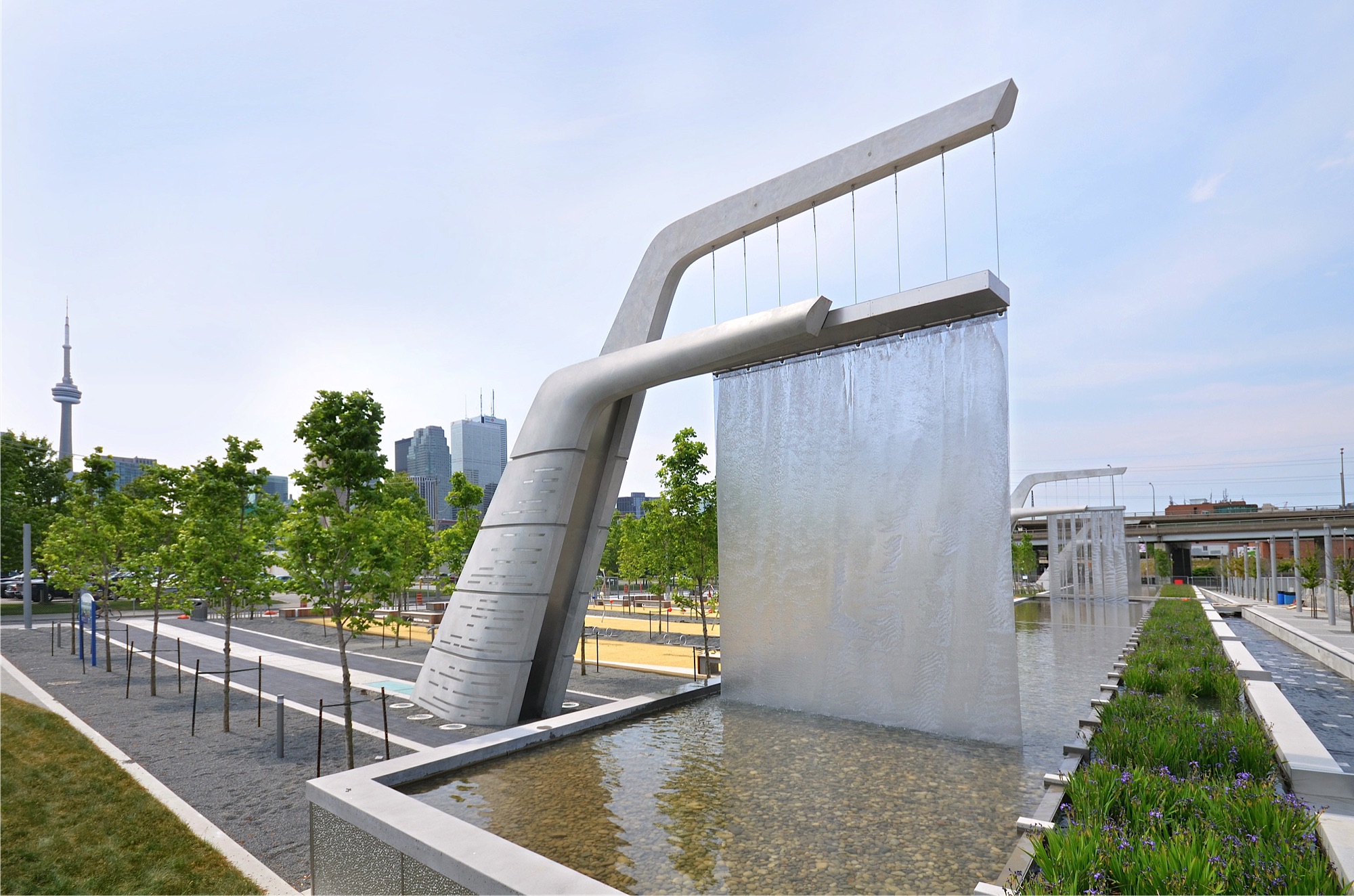 While it’s likely a given that the main buzz about green building and sustainable strategies has only been picking up speed in the past couple of years, many of the heart-and-soul initiatives have been steadily growing for much longer than that.  One has to look no further than Toronto – Waterfront Toronto, to be more specific – to notice that.   Back in 2001, three levels of government – municipal, provincial and federal – contributed seed money of $1.5-billion to see to it that the waterfront of Canada’s largest city would be subject to strategic revitalization and sustainable development.  And, according to Lisa Prime, the current Director of Environment & Innovation for Waterfront Toronto, the original vision is true to its mandate today, with constant attention being paid to transforming the area into a “marvelous public destination with vibrant public and cultural spaces capable of providing a variety of experiences and amenities.”  Gushed a public relations missive: “Four times the size of Monaco, the now $4.4-billion, 1,977-acre, 40,000-residence Toronto waterfront revitalization project is in full gear, and is poised to position the city and province of Ontario as world leaders in creating sustainable communities, with buildings and neighbourhoods that aim to be among the greenest on the planet.”  The word is spreading. At the world’s largest conference and expo dedicated to green building – Greenbuild 2014, held in New Orleans – it was obvious to those in attendance that the Toronto area has caught the eye of international investors and business people.  Sean Dyke, Chair of the Ontario Clean Technology Alliance, said he talked to companies that already had customers in the province and were very interested in the possibility of expanding their businesses in Ontario. “In New Orleans, we heard repeatedly that Ontario is a strong market for the green building sector, and that the Toronto market, in particular, with its penchant for contemporary design and style, along with an environmental conscience, is one that most companies are eyeing,” he explains.  That’s good news for Prime. She likes to hear stories about how Toronto and its green waterfront initiatives are separated from the pack.  “By employing the best global practices and made-in-Toronto solutions, the city’s new waterfront communities will protect and enhance our natural environment,” she says. “Ultimately, we’ll be given further recognition as global models for innovation and sustainability.”  She says the organization has developed a number of strategies to achieve those objectives (most which utilize metrics to allow for accurate tracking of performance), including: “Most recently, the release of our CSRSR as a microsite in 2013 allowed us to share transparent reporting on 21 core performance measures that cut across each of the pillars of sustainability – environmental, social and economic.

That also means that beyond requiring energy efficient buildings, she says, all new waterfront neighbourhoods are being designed and built to promote green and healthy living and the conservation of the environment and natural resources. At the same time, she says Waterfront Toronto is continuing to innovate in community design and look for opportunities for sustainability. And she pointed to some upcoming green projects as examples.   “For buildings I would point to our parks and our pavilions, which are small but innovative,” she adds. “In Corktown Common we have an open air pavillion, which features year-round use including a fireplace and movable walls as well as solar panels.  “Sherbourne Common includes LEED Gold certification and a unique UV treatment process integrated into it for the park art and stormwater feature.   “Our parks in general include a full example of incorporating sustainable practice for water, lighting, natural landscape and multiple social recreational opportunities. “  “Then look at our green building partners – Urban Capital, Great Gulf and Tridel – all of which have great progressive building designs.”   In a nutshell, it’s onwards and upwards for Waterfront Toronto, says Prime.  “We continually engage our new community, so I think you will continue to see the results realized in future work.”  Web www.waterfrontoronto.ca