London’s greenest home is a model of inspiration 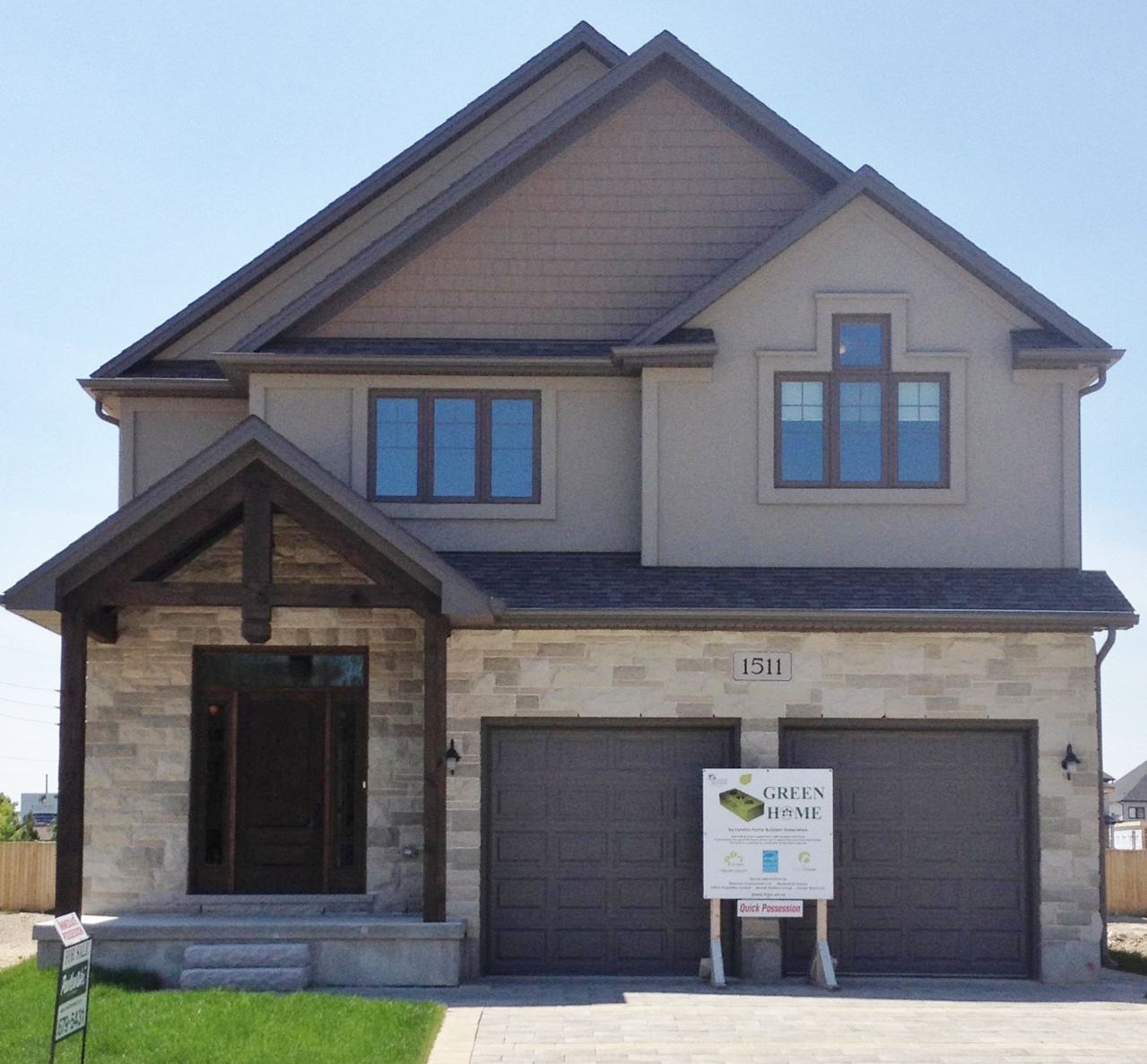 London’s greenest home is a model of inspiration

What began as a charity fundraiser by the London Home Builders’ Association (LHBA) has resulted in something much more.

The LHBA’s Green Home was designed initially to raise money for the completion and maintenance of the association’s 60th anniversary legacy project – the Cancer Survivors Garden in one of the city’s parks.

“But the more we talked about it, the more possibilities and opportunities we saw – to educate the public on new building materials and construction science and the green achievements of the industry,” says Lois Langdon, LHBA executive officer. Public education continues to be a critical process as the building industry strives to construct more energy-efficient, eco-friendly and healthier homes. The challenge is that buyers still want luxury upgrades before energy-saving products and materials – things that don’t add to the home’s aesthetics.

The Green Home, built with donations of materials, products and labour from LHBA members, was an opportunity to showcase the benefits of green products and materials, Langdon explains. To that end, the association conducted open houses over several months, distributed brochures and posted call-outs throughout the house to explain what was behind the walls or a new piece of equipment.

The bottom line is that such a home – which is registered under Energy Star, LEED Canada for Homes and GreenHouse – will provide the owner significant savings and an environment that is free of many of the chemicals found in materials of the past. Playing a key role in the home’s green designation is the Rinnai tankless water heater, which was provided by Reliance Home Comfort. Water is heated only when needed, resulting in energy savings of up to 40 percent. This compact, space-saving unit packs a major punch in that it can meet many water-use demands such as laundry, dishwasher and hot shower – all at the same time. And being EnergyStar qualified, it offers up to 97 per cent thermal efficiency.

The Rinnai unit also provides heat for a zoned hydronic air handler, allowing separate temperature control on each level of the home. The most cutting-edge feature, according to Toby Stolee, director of housing operations for Sifton Properties and LHBA president when the project was initiated earlier this year, is the grey-water system which collects water from the showers and laundry, filters and sanitizes it and then pumps it to the toilets for flushing.

“This is one of the first systems of its kind approved by the City of London. I think it is still ahead of its time.”

The purchaser of the Green Home will not only have the greenest home in London, but at a bargain price. The $429,900 sticker is well below the home’s value of $600,000. The reason, Langdon says, is to ensure a fast sale and is not a statement about the marketability of green.

The primary reason for the project is completing the Cancer Survivors Garden at the busy intersection of Wonderland Road and Riverside Drive where cancer survivors can find peace, hope and celebrate life.

“We could have contributed to medical research, which is extremely valuable and needed, but we also had come to know, through conversations with [a cancer survivor] that the power of home and a positive mindset can be crucial to survival,” Langdon says. “Our LHBA members have a lengthy history of being generous. Giving back to the community is part of our mission statement and we take that seriously.”