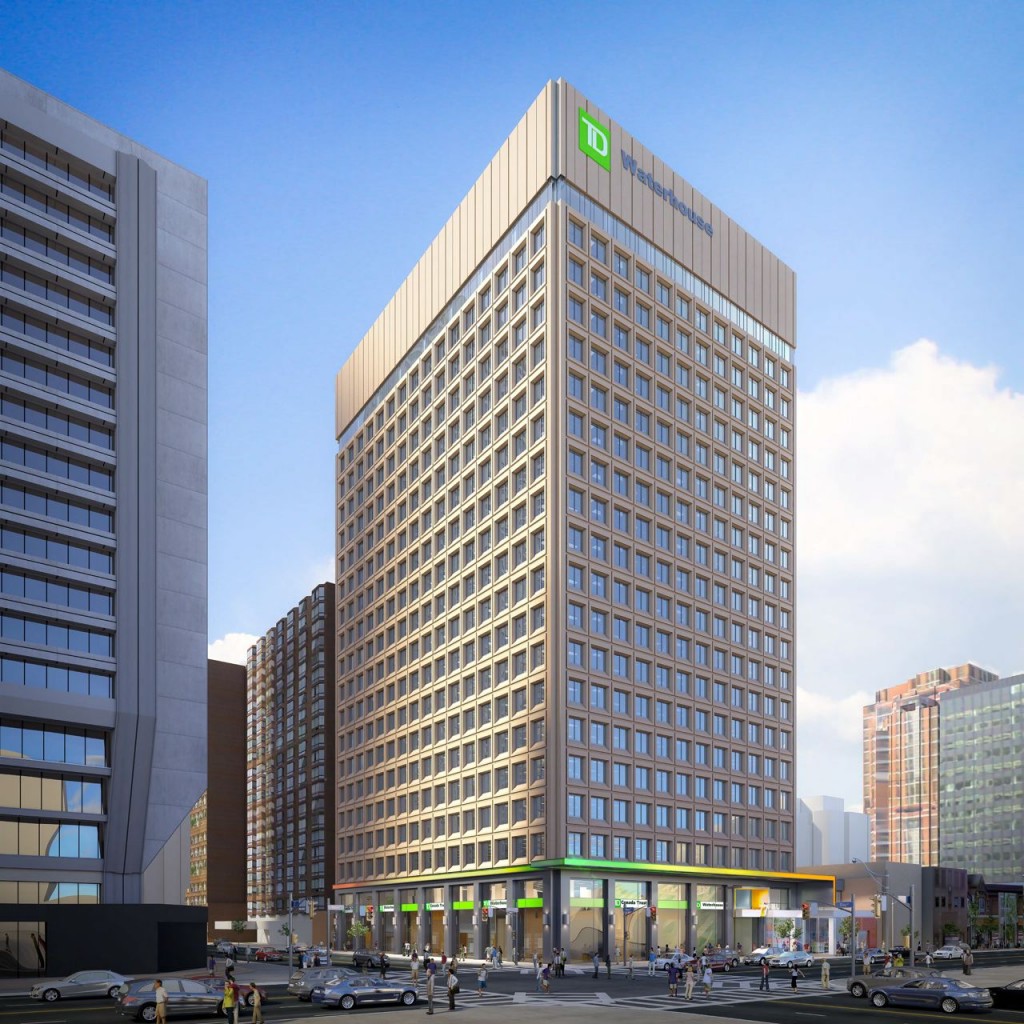 More than meets the eye

The retrofit of an existing office building in the heart of Toronto’s downtown business district uncovered a treasure trove of savings and new revenue streams.

Much more than a vintage Sixties’ building with a few energy upgrades, the 77 Bloor Street West project is testament to the kinds of bonus paybacks that can often be nurtured with such renewal projects.

Ledcor Renew, which specializes in retrofitting existing structures, started the ball rolling at 77 Bloor Street West, demonstrating to property manager Morguard Realty Holdings that a business case could be made showing how the 21-storey site would be rejuvenated for another 25-plus years.

There was more of an upside, as it turns out – much, much more. Most noticeably, Ledcor Renew was able to create an entirely new level of leasable office space by converting a mechanical plenum floor. “We were able to show that the mechanical room was redundant and could be modified to become office space,” said Ledcor Renew’s Project Director David Herlihey.

Discovered when Ledcor Renew did its initial building optimization studies, says Jonathan Westeinde, Ledcor Renew’s Vice President, the found floor serves as an example, of “the reality that no building is the same”.

“The proper analysis is only accurate when focusing on building-specific data and determining the appropriate individual building optimization metrics.”
He says energy, water and general operational efficiencies are the top-line items most clients gravitate to when considering a retrofit, but “generally we end up with at least 50 per cent of our business consisting of savings and 50 per cent from new revenues realized from space optimization.”
At 77 Bloor Street West, there were special challenges – none more obvious than the fact that all the renovations had to be done while the building was fully occupied.

Herlihey says Ledcor Renew met with the client, discussed methodologies and integrated some of the restraints needed regarding tenants and floor availabilities.

“We listened to the client’s wishes,” he explains. “Our program intent was to take a 1969 mechanical system and fully modify it from a constant volume, perimeter-induction and interior system to a VAV (variable air volume) controlled system with new DDC (direct digital controls) and perimeter radiators complete with new punch windows. The retrofitters circumvented many of the inconveniences associated with working in an occupied office building by following a night-time regimen.

“We had to work above occupants’ desks at night – open ceiling tiles and remove existing ductwork and install replacements, for example,” says Herlihey. “The mechanical system change was done in sections over eight nights per floor. We staggered the switch over from one area to the next so that at any time, part of the old and new systems were being utilized to maintain temperature. This methodology also had to be adjusted since some floors were completed in winter and others in summer, through the 11-month renovation.”

“Morguard was an excellent client to work with,” says Westeinde. “They understood the value of a holistic integrated building retrofit that would deliver the best short, and long, term returns for their investors.” This innovative project at 77 Bloor Street West included the renovation and optimization of a 21-storey office building with ground floor retail at the corner of Bay and Bloor Streets, one of Canada’s most prominent retail shopping districts. Amenities included are shopping, entertainment, , banking, professional suites, high-end fashion design studios and two levels of underground parking. The goal was to reposition the building as Class A calibre, improving the overall long-term returns as well as tenant comfort and retention. Ledcor Renew, a Ledcor Group business division that specializes in retrofitting existing structures, was chosen as a partner to help measure, examine, analyze and implement a building retrofit to achieve those goals.