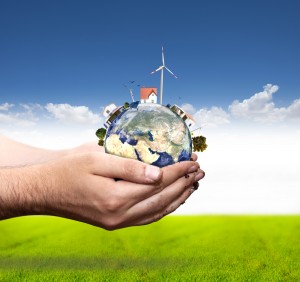 The 2012 International Green Construction Code (IgCC) was released in late March in Washington.

It will provide specific direction for governments during oversight of green design and construction, according to the International Code Council, the code’s author and one of several U.S. Green Building Council (USGBC) partners in the effort. This is a very positive release that provides another signal to the international construction industry and a practical tool that can be adapted for use by governments anywhere.

The USGBC, which created the LEED green building rating system and were co-authors of ANSI/ASHRAE/IES/USGBC Standard 189.1, says the new model code serves as a key policy option for local governments looking to codify green building practice. Communities have been calling for a regulatory tool that complements voluntary rating systems by offering jurisdictions minimum safeguards to protect against building-related risks to human and environmental health.  Several jurisdictions have already implemented early versions of the IgCC that were released during the development process.

“The IgCC  was developed during the last three years with input from code and construction industry professionals, environmental organizations, policy makers and the public,” said Richard P. Weiland, CEO of the ICC that developed the new code. It was authored in partnership with the American Institute of Architects, ASTM international, ASHRAE, the Illuminating Engineering Society, and USGBC. “(It is) adoptable, usable and enforceable, but also flexible and adaptable. We expect this new model code…to be adopted across the country and (adapted for use) globally.”

“As the IgCC begins to inform building codes and (minimum) building practice across the country, LEED is (also) evolving,” said Roger Platt, senior vice president of Global Policy & Law, USGBC. “We need public policy that rewards this beyond-code leadership.” LEED Version 2012 will be released in November this year. Although controversial in some regions, LEED is the world’s foremost rating program for the design, construction, maintenance and operation of green buildings. More than 45,000 projects are currently participating, comprising 8.4 billion square feet of construction space in 50 states and 120 countries.

The IgCC offers a new code baseline that can be tailored by local governments to mandate the benefits of green buildings, regardless of whether they are engaged in LEED, a similar program, or none at all. Federal, provincial and local Canadian governments are already making progress with greener building codes. Now they have an additional tool and impetus for accelerating our transition to the new energy age.