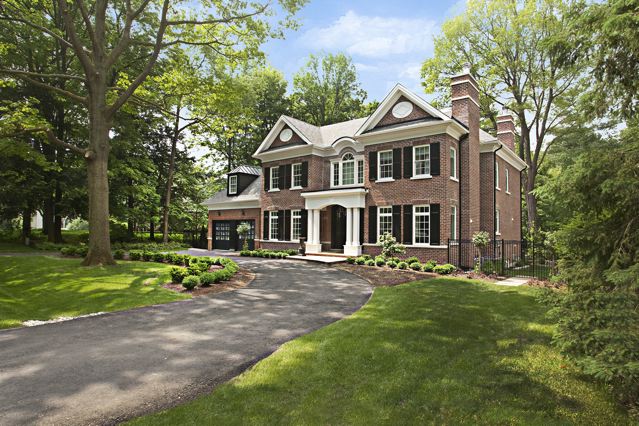 The Ontario Home Builders’ Association decreed one of the company’s projects, at 6920 Second Line in Mississauga, best model home of the year in 2009. Then, just 12 months later, the OHBA named The Avalon and The Gardens in Oakville project of the year and The Brownstone on Birch best new townhome.

Born in Tanzania, he was one year old when his family moved to Canada in the early 1970s. His father is a chartered accountant, and Suleman followed in his footsteps. Over time, as he worked with developers, Suleman developed an appreciation for architecture, and gradually shifted into home-building. Married with two young children, he’s decidedly private. It’s his business and the methodological, customer-conscious approach he takes to it that he wants to talk about. He founded Hush in 2005 as a builder of high-end, custom houses, and he keeps busy, with 10 to 20 low-rise residential projects on the go at any given time.

“I wanted to change the way business was done in our industry,” explains Suleman, Hush’s sole owner and founder. “The idea was to create a new type of home-building company that was focused not on houses or the buyer but, instead, on the buyer’s experience.” To that end, Hush has come out with what Suleman and his own marketing materials call the Hush Methodology. This literal branding of the company’s approach seems like common sense, and no doubt it is.

However, it’s also a philosophical positioning. Suleman insists he doesn’t want to put down other builders. Yet, he acknowledges that the time he spent in building circles before launching Hush taught him that houses are more than just a product and that people don’t buy homes just to live in them but, rather, that homes are central to peoples’ lives.

“A house to a home-owner is very different than a house to a builder. For the owner it’s their everything. It’s where they live, it’s family, it’s personal. The home is the by-product – it’s how we make our customers happy.”

The Hush methodology plays out, then, in the nature of the relationship the company and its personnel set out to form with each customer. The first step with any potential customer is to meet with them, and learn about their lifestyle, and then to work with them to determine what they want in their new dwelling.

As far as environmental features are concerned, Hush is reluctant, as Suleman puts it, to “shove green down their throat.”

Hush doesn’t seek independent, third-party environmental certification through bodies such as the Canada Green Build Council. However, the company devises and presents potential attributes, including environmentally-minded components, from an experiential point of view. The company’s literature includes a green glossary, with basic information about options such as air-source heat pumps and paints and stains that are low in volatile organic compounds. But this information is presented in terms of benefits such as health, safety and long-term savings – in other words, a home that heats and cools efficiently and respects the health and wellbeing of occupants.

“To us, green isn’t about saving the world, it’s about having a better built home that contributes to a buyer’s health, comfort and economics,” Suleman says. “That’s how we jump to green.”

In order to give customers what they want, and yet maintain organizational sense and consistency, Hush breaks its green home offerings into categories, each with an array of features. But, one of the categories is à la carte. Suleman says Hush is flexible. If solar panels or geothermal systems are desired, Hush will provide.

The methodology continues as work proceeds. From initial planning and design through to construction and completion, there’s frequent walk-throughs and meetings with Hush’s in-house personnel, including the architect, engineer, interior designer and Suleman himself, with thought and consideration to what life will eventually be like for the occupant. “If we follow that process properly it will ensure that the buyer receives the best-in-class experience,” Suleman says. “We want our home buyers to tell us that this is a house they want to live in as opposed to us telling buyers that this is the home they should live in. The look and feel has to be about who lives in the house.”

Hush employs a client concierge, who liaises directly with customers and is available as a key point of contact should any questions or issues arise, and to ensure consistency and continuity in the flow of information.

Separately, Hush also offers a virtual concierge, whereby all customers have password access to a private, dedicated web portal that contains up-to-date and ongoing information about the home, including legal documents, owner manuals, floor plans and a schedule of meetings with Hush personnel. Photos capture and document the entire construction process, and Hush uses the portal to offer post-occupancy services.

Providing this degree of customization might, at first glance, seem uneconomical. However, Suleman says Hush restricts itself to approximately 50 projects a year. All are in the million-dollar-plus market, and in an area largely bounded by Toronto, Mississauga and southwest Oakville, so the economics work for Hush.

“We are an elite home-builder that limits the number of homes that we build, and we allocate staff to properly handle that load,” Suleman says, adding that the sub-trades Hush works with come from the custom world and are used to this level of work. As well, he adds, Hush also wants its partners also enjoy a positive experience and feel respected.

At the end of the day, all the pieces fit together for Suleman. “We want to be forefront,” he says. “We know it’s important to be ahead of the curve.” GB