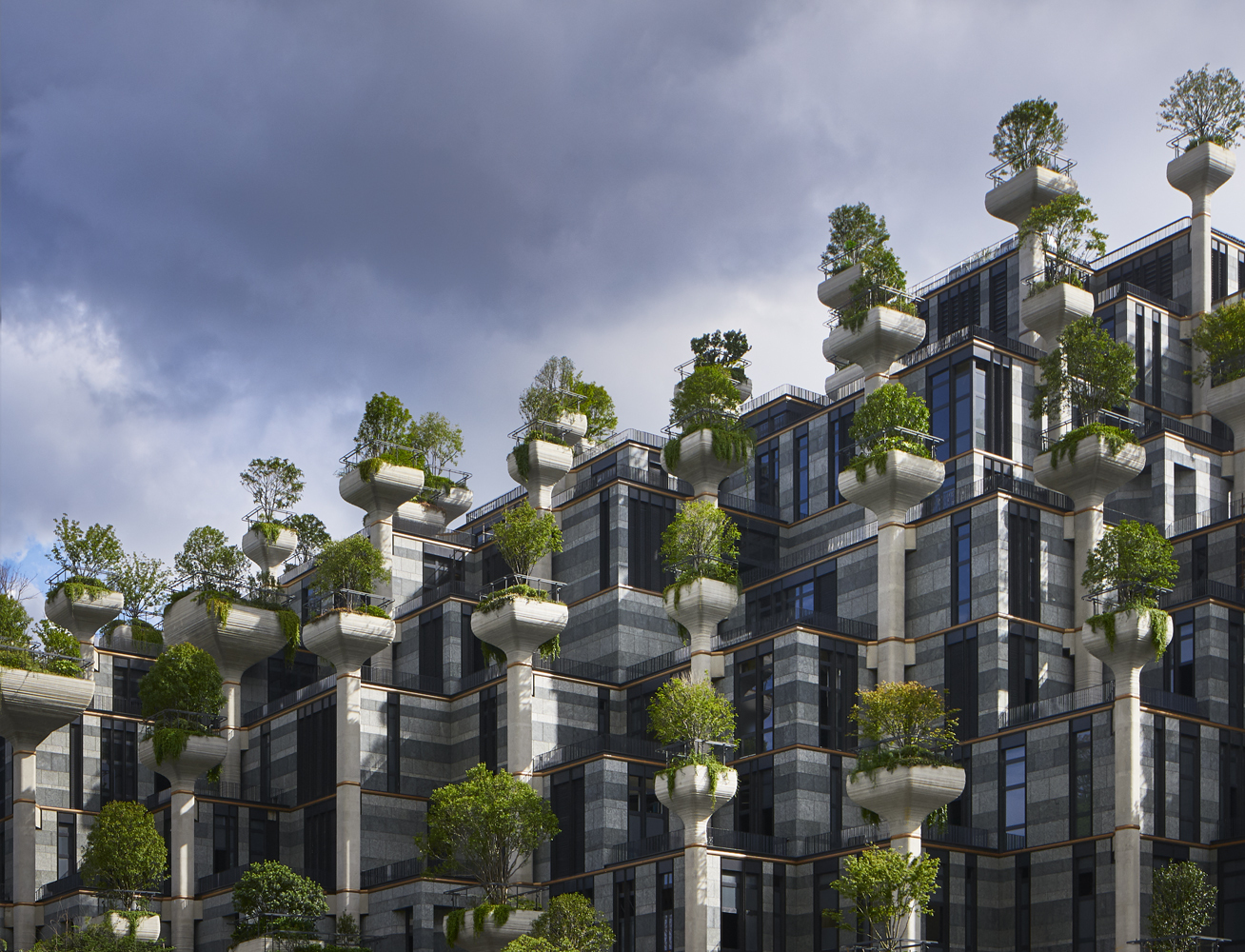 Following the success of the UK Pavilion for the 2010 Shanghai World Expo, the studio was invited to design a large mixed-use development in Shanghai, set on a former industrial area in a bend of Suzhou Creek.

Observing the trend in China towards increasingly enormous property developments, the team became convinced that a new large-scale building development of retail podiums and glass towers would not sit well next to the neighbouring art district, river and park.

Instead they decided to see if this project could be an extension of these elements. Rather than focusing on the façade, the studio became interested in the rational grid of one thousand structural columns that a construction project of this scale would need for support.

Normally hidden within a building, giving prominence to the columns rather than the facade might allow the bulk of the building to feel more articulated and less clumsy. This in turn led to the idea of transforming the top of every column into a large planter so that the project could have a balancing softness and variety to the inevitable hardness of modern construction.

Arranged in varying heights across the site, the columns allow one thousand trees to be planted and create an undulating topography of balconies which reach upwards from the lowest point at the art district, park and river. The result is a clustered pair of structures integrating car parking, office space, shops, a school, hotel bedrooms and art galleries.

On the south side this pair of new man made mountains is cut through, like termite mounds, to expose its insides to the surrounding city.