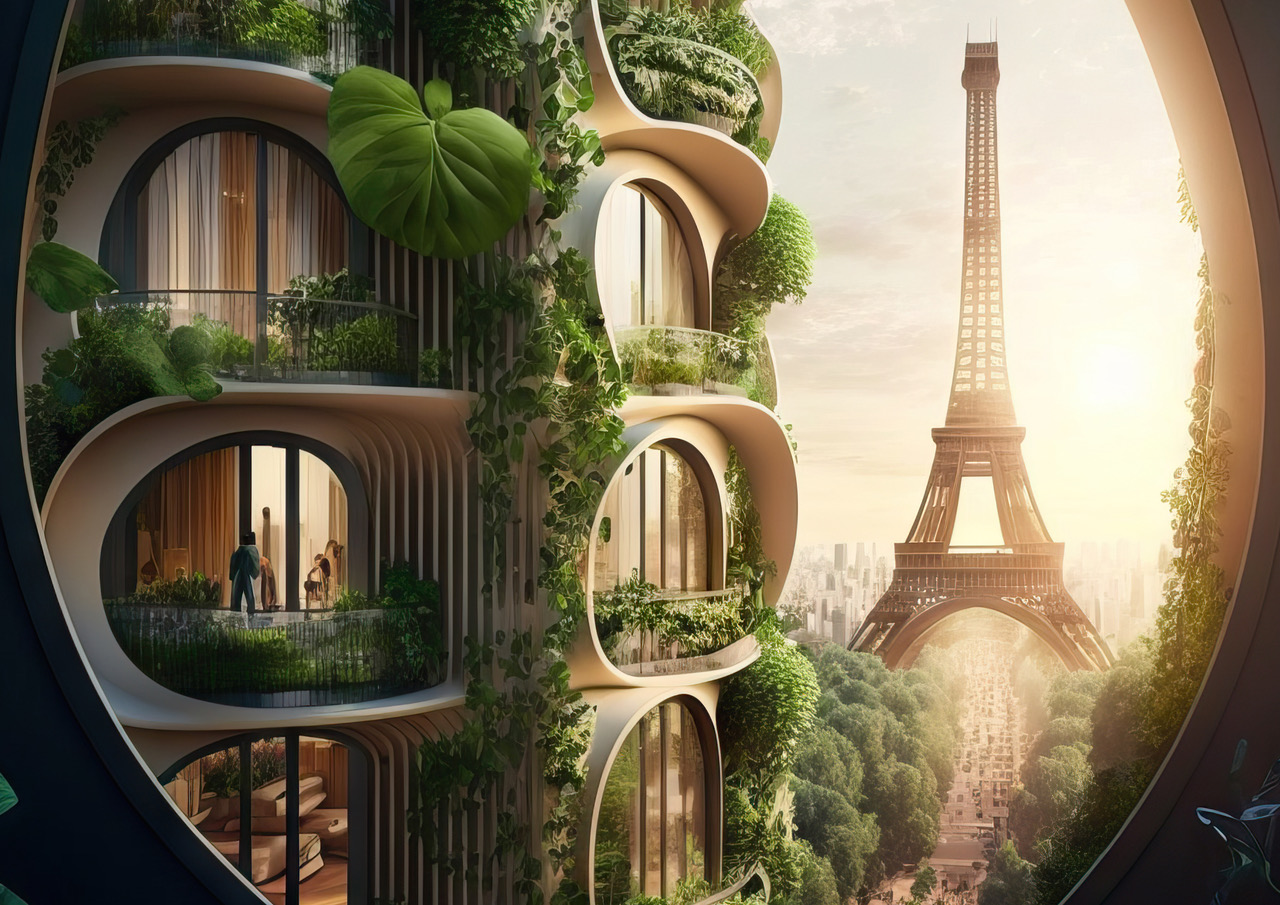 Prefect of the Seine from 1853 to 1870, Baron Haussmann directed the transformations of Paris during the Second Empire under the aegis of Napoleon III, by deepening the vast renovation plan established by the Simeon commission. The transformations are such that we speak of “Haussmannian” buildings for the many buildings built along the wide avenues cut through in Paris under his responsibility, the work carried out having given the old medieval Paris the face that we know today. Haussmann wanted to establish a policy facilitating the flow of flows, both of population, of goods and of air and water, convinced by the hygienist theories inherited from the Enlightenment and which spread following the cholera epidemic of 1832. This campaign was entitled “Paris embellished, Paris enlarged, Paris sanitized”. In 2023, in line with the “Paris Smart City 2050” ecological transition plan initiated in 2014 by the agency Vincent Callebaut Architectures on the basis of the “Climate-Air-Energy Plan” for the City of Paris and the Municipal Services of the Urban Ecology, our team of architects continues to explore, via new artificial intelligence tools, the concept of climate and energy solidarity between energy-intensive Haussmann buildings and positive energy biomimetic architectures inspired by both shapes and structures. and ecosystem feedback loops. Through a sensitive and contemporary dialogue, which preserves the intrinsic historical heritage of the French capital, it is first a question of creating islands of urban freshness by repatriating nature, biodiversity and urban agriculture in permaculture at the heart of the city. Then, these “Archibiotics” (Archi+Bio+ICT) aim to massively integrate renewable energies into buildings constructed from biobased materials (as cross laminated timber, rammed earth, hempcrete, solid structural stone, bamboo, microalgae, mycelium, and straw) and producing their own energy and recycling their own waste into resources, to achieve the national objective of carbon neutrality in 2050. The result is a fair symbiosis of the Humanity-Nature couple, futuristic bio-inspired architectures that rely on the high degree of engineering of French know-how, its craftsmanship and its cutting-edge industry. This desire to invent a resilient urbanism, on a human scale, imagined for and in consultation with Parisians, could be part of a new campaign entitled “Resilient Paris, green Paris, breathable Paris”.