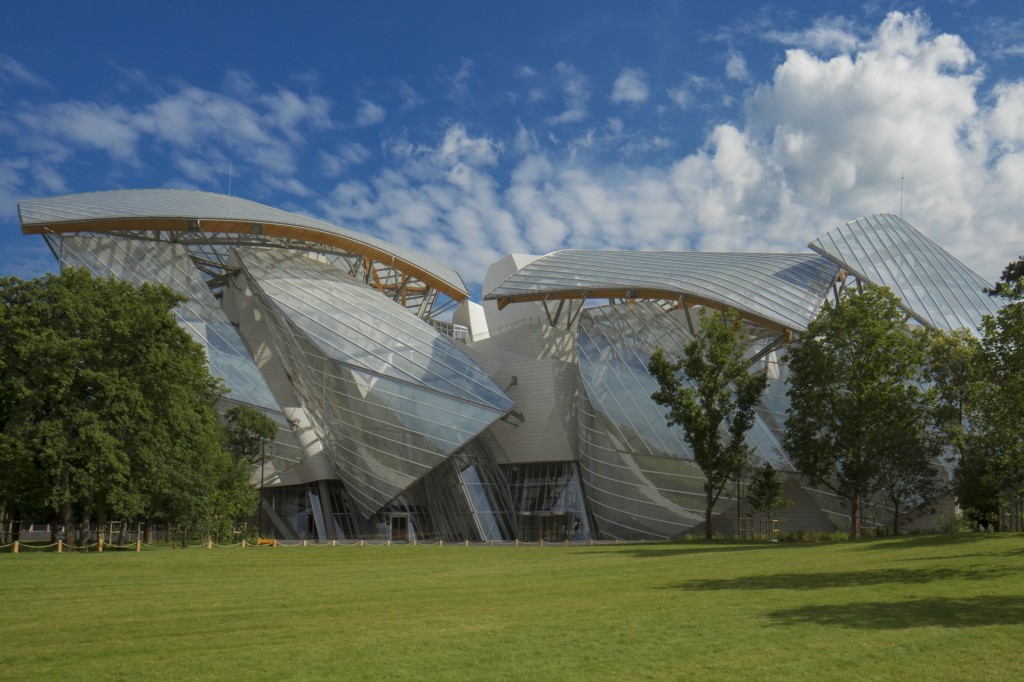 Designed by icon Frank Gehry, the Louis Vuitton Foundation marries the past with the future

There is no way around it – the much ballyhooed Louis Vuitton Foundation, a sprawling museum for contemporary art in France, dazzles and bewilders at the same time.

A daring design by internationally-acclaimed architect Frank Gehry, it’s not your run-of-the-mill building – not by a long stretch. Since opening recently, the museum has already made a mark as a structure bold in concept, including a glimpse into both the future and the past.

Gehry is known for his non-conventional approach to design and he doesn’t disappoint with his use of glass, glass and more glass. Says the innovation & design writer for Bloomberg Businessweek: “The structure seems to alight on the earth like a spaceship from the future.” That may well be the case, however Gehry incorporated sentiments from the 19th century, right from the start of the design process. His original rough sketches showed a transparent cloud that tied in with cultural calling of old France.

It was from that time period that Gehry looked at the lightness of glass and traditional culture, but then eventually enhanced the treatment with the innovation of modern technology. From a sustainable standpoint, the structure of the glass roof allows the building to collect and reuse rain water and enhances its geothermal power capabilities. And the building (Fondation Louis-Vuitton) has been given the equivalent of a LEED Gold certification. In France, that is called Haute Qualité Environmentale (HQE), with a Très Performant classification.

Early on, it was apparent that an envelope of glass would cover the building, combined with an assembly of blocks referred to as “the iceberg”. Situated in a basin created for the project, the building complements the natural environment, between garden and woods. Simultaneously, there is a light and mirror effect. Interestingly, the foundation has served as a catalyst for innovation in digital design and construction, according to reports. In fact, Gehry set a new standard for the use of advanced digital and fabrication technologies. In all, more than 400 people contributed design models, engineering rules and assembly constraints to a common web-hosted 3D digital model. It’s been noted elsewhere that more than 3,600 glass panels and 19,000 fibre-reinforced concrete panels that form the façade were simulated using mathematical techniques and molded using advanced industrial robots, all automated from the shared 3D model. In fact, new software was developed specifically for sharing and working with the complex design. The final model was then scanned to provide the eventual digital model for the project. The 85-year-old Gehry, who lives and works in Los Angeles, was commissioned for the project knowing that it was the first privately-funded major cultural institution in France. Built in a public park, the museum and its ostentatious design are part of a public relations campaign to reshape the image of Louis Vuitton (LVMH Moët Hennessy Louis Vuitton), which is often seen as an entity that preys on family-run luxury businesses. In an agreement with the city for the plot, ownership of the museum will revert to Paris in 55 years. The museum is, in essence, a gift to the city worth a reported $134 million, reports Bloomberg Businessweek.