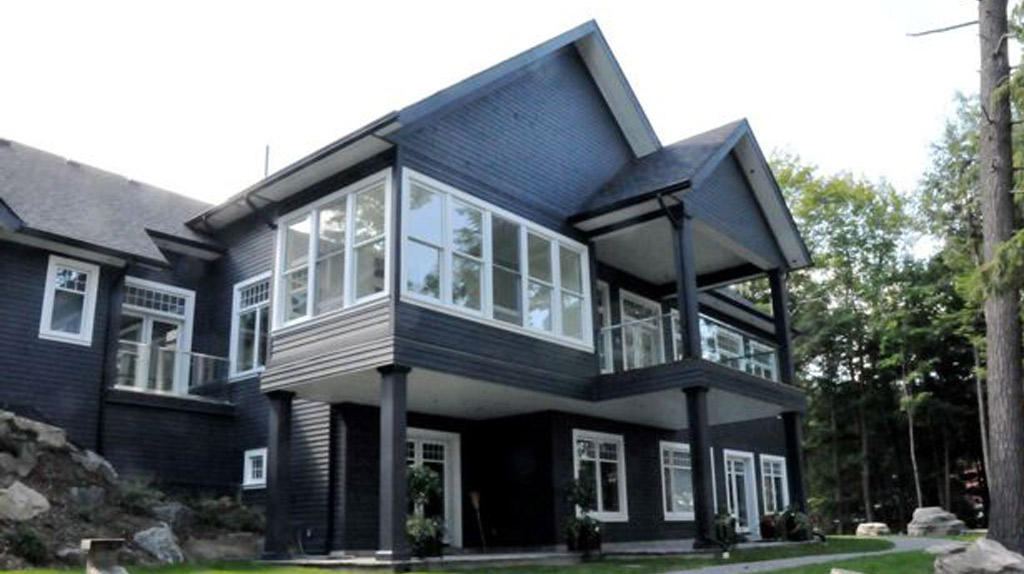 The Sultan of Steel

Even after decades of award winning projects under his belt, Joe Vella doesn’t easily relax. He is in a hurry. He has site visits to complete, estimates due and customer meetings to attend. He doesn’t really have time to help with this story, but he will make time because the message is important.

“In terms of sustainability,” says Vella, President of Fifthshire Homes, “…steel is the ultimate.” He explains that with a durable life of hundreds of years, compared to the considerably shorter expectancy for wood frame buildings, steel makes sense both economically and ecologically.

Most of his projects today are framed in steel. “This steel has a recycled content as high as 87% and can be credited with the maximum number of points for the material and resource credits aspect of the LEED Rating System.” It minimizes health problems and investment decline caused by mold and rot, termites, shrinkage, expansion and warping. It doesn’t move or will not contribute fuel to the fire, and creates a straight surface for finishing. With steel there is very little waste. The joists, studs, lintels, and so on are all pre-cut and the few waste off-cuts we have are picked up and recycled.” Vella says it’s about the same labour cost for framing, and about 20% more for material that lasts about four times as long. Within the total project budget, the premium for steel usually amounts to just 2%. The return on investment with repair issues and reduced insurance costs will soon mitigate the additional costs.

Vella loves steel and sustainable architecture. He started building R-2000 homes in the 1990s and was named Central Ontario Builder of the Year back in 1998. Some people might have relaxed, but Vella kept going strong. He won an R-2000 Hall of Fame award in 2000, in 2001 EnerQuality Pioneer Award for the First Certified all Steel Framed R-2000 Home in the World, an Award of Excellence in 2006, two CMHC EnviroHome Designations in 2008 and R-2000 Builder of the Year again in 2009, after completing more than one hundred and fifty R-2000 certified homes.

“I say save the trees and build it with recycled steel. It would take more than an acre of trees to build this home if it was made from wood.” He is referring to a four-bedroom+ 5600 square foot house (and outbuildings) just completed in Port Carling. It was designed by Boyd Montgomery and built into the rock with heavy structural and lightweight steel framing from Bailey Metal Products in Concord, Ontario.

Thermal bridging is minimized by insulated exterior sheathing; and most of the windows are operable for natural ventilation when appropriate. The house also features Sylvania LED pot lighting and a top quality custom Altima Kitchen.

The design has been warmed up with elegant 10” wide oak pre-finished engineered Hardwood flooring over in floor radiant heating system. Exterior finishes feature low maintenance Cape Cod siding and is made from Canadian Lodgepole Pine with a factory applied, low maintenance finish. The wood is slowly kiln dried and then two coats of fine quality acrylic are applied (in any of a range of colours). It comes with a 15 year warranty against peeling, chalking and blistering.

The Port Carling project is heated and cooled using renewable energy technologies. These include geothermal and solar thermal. The building site in Muskoka consisted of granite bedrock. The geothermal wells were drilled over 300 feet deep into the bedrock. When the piping had to be run from the wells to the building mechanical room, the pipes had to be protected with clean imported sand. Foundation footings involved blasting requiring the use of special rubber blast mats to protect workers and the surroundings.  Footings are quite irregular in their configurations to accommodate the peculiarities of the geography. Blasted rock from the site was processed locally into crushed product and used as slab fill for the foundation and the larger boulders used to construct retaining walls on site.

Radiant is used on all levels, slab on grade for the main floor and high mass slab down below. A 120-gallon SME60 Smart-Multi-Energy tank by Triangle Tube for the hydronic system contains an internal coil for heat exchange and a 60-gallon stainless steel DHW preheat tank. During heating season the Ground source pumps maintain supply to the SME tank at about 40oC (105oF) which supplies the radiant floors during the heating season and preheat the internal DHW tank.

Two zones of coils are used for cooling. One serves the master bedroom lower level, great room, dining room and kitchen. The other air zone serves the family’s bedroom area and a loft guest room over the garage.

Building systems are managed by Uponor CCN controls, with web server-based access that allows for remote monitoring via computer and mobile devices, troubleshooting and alarms to trades.

“David’s mechanical systems are wonderful because they are based on renewables, but they don’t have to work too hard,” says Joe Vella. “That’s because we start with a very solidly built, well insulated steel building.”

“I’d like to talk more about this, but I have another meeting,” he says on his way out the door. Joe Vella is in a hurry.