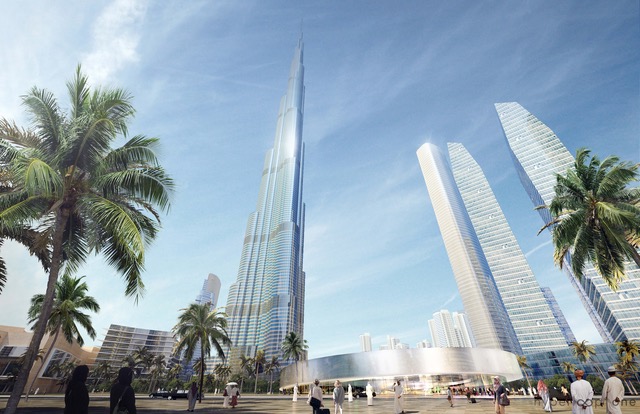 Imagine, just for a minute, that a journey from Toronto to Montreal – currently requiring about five hours of driving time – could be made in less than half an hour.

Such a scenario is not as far-fetched as it may seem. There is future-of-travel technology being proposed right now that could make such a proposition a reality sooner than later. The Bjarke Ingels Group (BIG) has unveiled its designs for the world’s first hyperloop high-speed transportation system – to be tested in Dubai – which will provide pods to travel faster than a jet plane.

Originally the brainchild of entrepreneur Elon Musk, the founder of Tesla Motors, PayPal and space exploration firm SpaceX, the hyperloop is a train that moves along a tube that is kept at a thousandth of the normal atmospheric pressure at sea level. This all but eliminates air resistance, which is known to be the singlemost obstacles to high-speed travel.

Now, with the hyperloop concept, passengers could rocket through tunnels at close to 1,200 kilometres per hour (745 miles per hour).

In November 2016, Hyperloop One, a firm developing the technology, inked a deal with the Dubai Roads and Transport Authority to test the feasibility of running such a service to Abu Dhabi, a trip that currently takes two hours by car. With the hyperloop system, it would take only 12 minutes.

If all goes according the plan, the system could be built there within the next five years.

According to the design, a fleet of cubic pods would shift passengers to hyperloop’s main hub, then transfer them to larger capsules, which would then travel to their destination through a network of elevated tubes. A sunken and circular station known as a portal would be situated at the base of the world’s largest building in the heart of Dubai.

In a release by BIG, founder Bjarke Ingels went into detail, explaining the ins and outs of the mobility ecosystem. For starters, the concept all but eliminates the waiting process. He said the hyperloop combines collective commuting with individual freedom at near supersonic speed.

The waiting area is eliminated, he explained, because there are frequent arrival and departure times, providing passengers with on-demand travel. Numbered departure gates are arranged in tiers around the edge of the circular plan of the portal. Here, pods with room for six people are loaded onto a transporter – a pressurized vessel attached to a chassis for levitation and propulsion.

Once the pods have arrived at their destination, they “hyperjump” into another portal before travelling onto the road to drop passengers off at their final destination.

It was explained that the pods operate autonomously from the transporter, which means they are not limited to the portal area and can move on regular roads and pick up passengers at any point. Additionally, there would be range of pods designed to offer passengers different seating arrangements, tailored for group, solo or business travel.
Hyperloop One is just one of a number of companies racing to create the first hyperloop. It tested its propulsion technology for near Las Vegas earlier this year, where it achieved speeds of 187 kilometres per hour in 1.1 seconds. Interestingly, a rival company, Hyperloop Transportation Technologies, is currently building a test track in California and is in discussions for a hyperloop linking the European cities of Bratislava, Vienna and Budapest.

Before preparing for that ultra-speedy trip from Toronto to Montreal, it should be noted that any such possibility, at best, is many, many years away from happening in Canada. For starters, one factor would be money. No one involved has released an estimate as to how much the Dubai project might cost.

On top of that is the safety issue. One can only imagine the litany of tests that would be required.

Then there’s passenger comfort considerations. Hyperloop One proposes to subject its passengers to fairly severe accelerations as it goes up hills and around corners. If the ride proves nausea-inducing, then it’s chancy that any amount of time saving would encourage passengers to strap themselves in. Yes, there will no doubt be difficulties to overcome, but it seems that the hyperloop concept is now being taken seriously. And all indications are there’s lots of investor interest. The bottom line: It’s a given that the eventual transition into a world of high-speed mass transportation has to start somewhere.