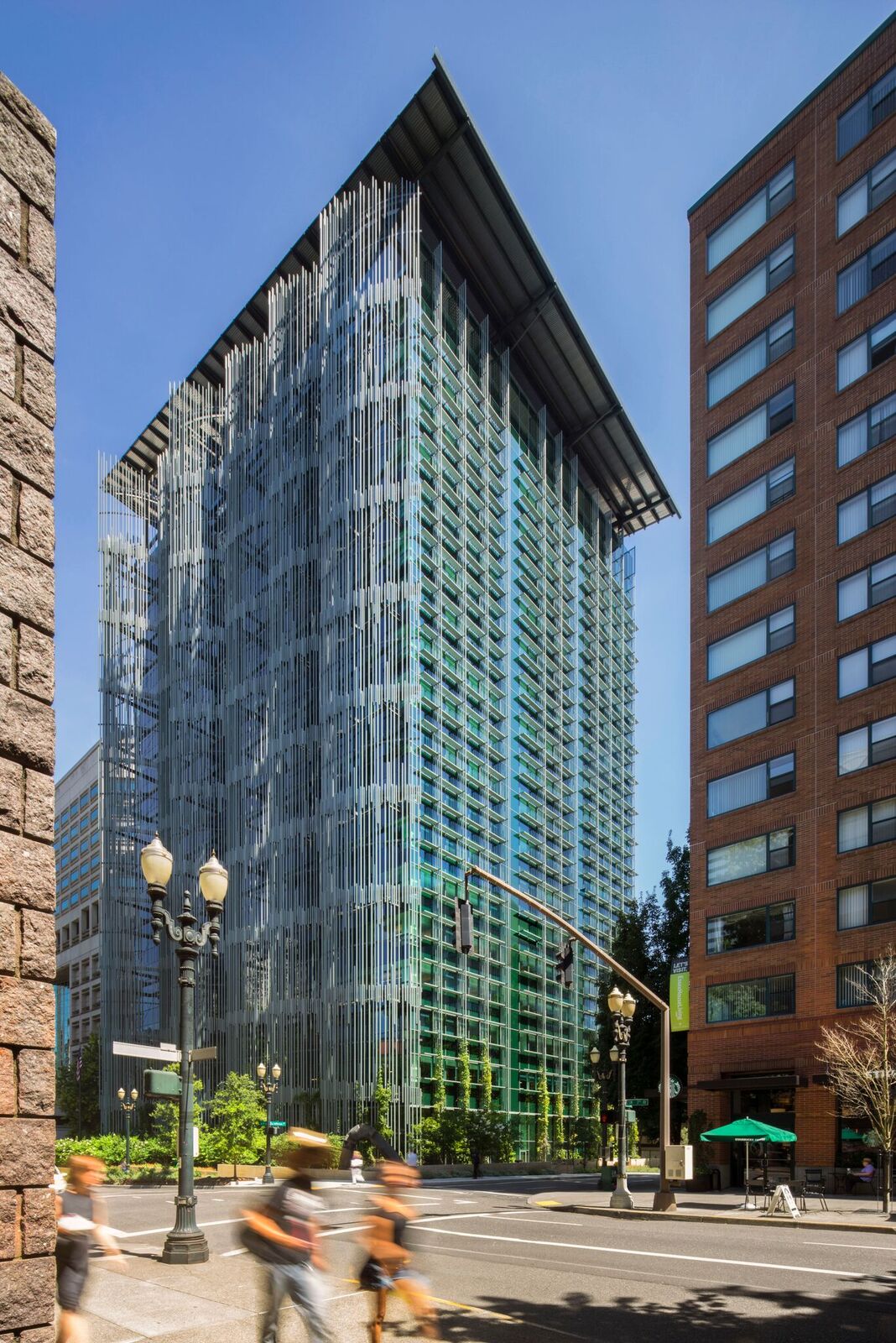 The American Institute of Architects (AIA) and its Committee on the Environment (COTE) have selected the U.S. General Services Administration Region 10’s (GSA) Edith Green-Wendell Wyatt Federal Building in Portland, OR, as the recipient of the Top Ten Plus award. In its fourth year, the award recognizes one past AIA COTE Top Ten Project Award recipient which has quantifiable metrics demonstrating the true impact the sustainable design has achieved. The project, designed by SERA Architects and Cutler Anderson Architects, was selected in 2014 as a recipient of the AIA/COTE Top Ten Project Award program Completed in 1974, the building received funding from the American Recovery and Reinvestment Act in 2010 to undergo a major renovation and replace outdated equipment and systems. Under the Energy Independence & Security Act, the renovated building would have to meet or exceed stringent energy and water savings requirements. Working with Howard S. Wright Construction, the design team was able to deliver the project 10 months early, saving taxpayers more than $900,000 in the process. “We were tasked with converting an aging energy hog into one of GSA’s highest-performing buildings,” said Don Eggleston, AIA, principal at SERA Architects.

From an initial building analysis, it was determined that for seismic safety, the precast concrete exterior would need to be removed. Energy studies led to a number of solutions, including a blast-resistant glass curtain wall, exterior shading and reflective elements and a highly-efficient hydronic heating and cooling system inside. “These creative design solutions not only reduced utility costs, but also freed up more than 30,000 square feet of rentable space that enabled a much greater ROI for the GSA’s investment in this property,” Eggleston added. “We’re proud that this GSA cornerstone building is one of the most efficient office buildings in the country,” said Kimberly Gray, GSA Director of Facilities Management Division. “Our tenants regularly give us feedback about how they enjoy all of the building features, especially the increased exposure to daylight throughout.”

COTE Jury comments: “This project transforms a generic concrete office building into a high-performance, environmentally responsive, comfortable place to work. This sets a great precedent for re-use and upgrade, and demonstrates the potential for creative, green re-use projects.”