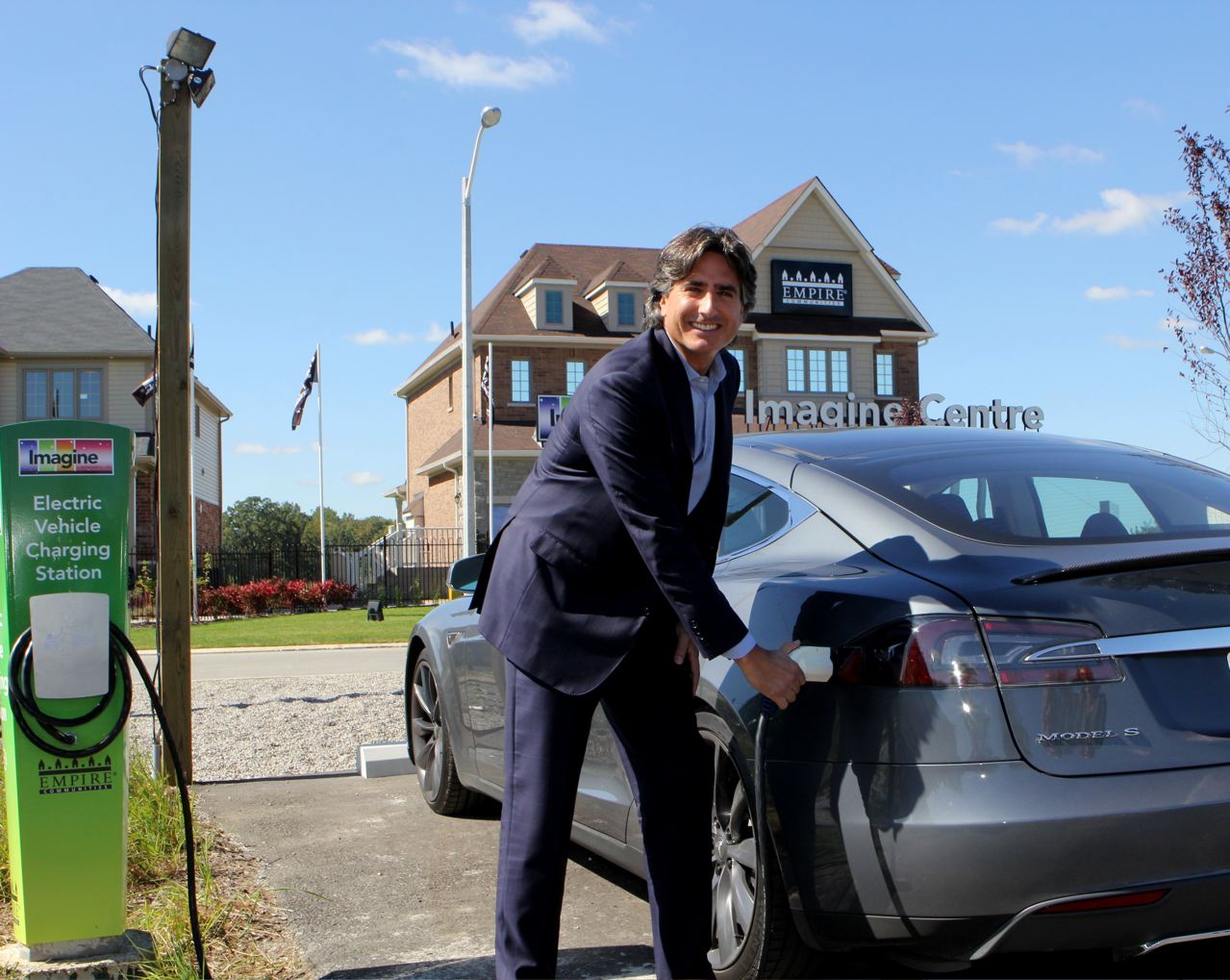 By GREG McMILLAN
It’s one thing to talk about green building goals, it’s quite another to actually have a top-of-the-line track record that’s beyond reproach.

And as an undisputed leader in sustainable design and development, Empire Communities falls comfortably into the latter grouping.

“We strive to create the best possible homes to meet our customers’ evolving needs, and plan to continue innovating to make a positive environmental impact in the long-run,” says Paul Golini Jr., Empire Communities’ executive vice-president and co-founder. The proof is in the track record. Empire was one of the first in the new home industry to offer Energy Star qualification – an international criterion for energy efficient consumer products – as a standard on every home, using the Energy Star name and logo as part of their green halo for the company.

Moreover, Empire is the leading new home builder in Southwestern Ontario for Energy Star and the fourth largest Energy Star builder in Canada. The company, with headquarters in Vaughn, Ontario, believes that building green is the key to building communities and homes that will benefit both the homeowner and surrounding environment. Empire was part of the Energy Star Next Generation 2013 committee, attended the Innovative Information Home and the Green Builder Conference, while Golini Jr. serves on the board of directors of EnerQuality, a group that designs and delivers green building programs to the residential construction industry in Ontario.

When it comes to awards, Empire steps to the front of the line, as well. In 2013, 2012 and 2011, the company was named green builder of the year by the Building Industry and Land Development Association (BILD), a prestigious three-year run that recognizes best-in-class builders leading the way in sustainable design and development.

Empire was also awarded the green builder of the year award by EnerQuality, a company that designs and delivers green building programs to the residential construction industry in Ontario, in 2013, 2011 and 2008. The Hamilton and Halton Home Builder Association (HHHBA) also bestowed its green builder of the year award to Empire in 2008 and 2011, while the Waterloo Region Home Builder Association followed suit in 2012. “Working in concert with private sector companies like EnerQuality and government entities like Natural Resources Canada (NrCan) has contributed to the cultivation of a very healthy collaborative building environment,” says Golini Jr. “Our combined efforts are producing structures that meet or exceed recommended green building standards, and the people of Canada are reaping the benefits with lower energy costs, and a lower impact on the environment.”

Empire adheres to the Energy Star standard set by the U.S. Environmental Protection Agency (EPA). In accordance with these guidelines, its homes include high performance windows, taped ducts for better air tightness and upgraded insulation. And Empire also utilizes products and services from Reliance Home Comfort, a leading provider of heating and cooling solutions. Empire tends to go the extra mile when it comes to sustainability. For example, in Niagara Falls, Golini Jr. points out that its Imagine site is the most progressive green home community available to consumers from any volume builder ever in Canada. Empire has built two geothermal model homes in the community and this is available as an option for Imagine homeowners. In addition, Empire has installed an electric vehicle charging station by the presentation centre and an additional one in the garage of one of their model homes to showcase how this option would appear in the home. All in all, the initiative is yet another example of how Empire is surpassing the use of Energy Star in creative and innovative ways.

“We are the first production builder in Ontario to adopt Energy Star as a standard across all product lines and in every one of our sites in the Greater Golden Horseshoe area,” Golini Jr. says. “We constantly strive to keep up and exceed current and upcoming versions of Energy Star. “Empire works with trades and manufacturer partners to test and measure new technologies to employ in our homes, while always having a current Discovery home in construction,” adds Golini Jr.

“We took a leading role in planning, marketing and constructing the Archetype Sustainable House project at Kortright Conservation Centre, a joint venture with BILD and the Toronto and Region Conservation Authority (TRCA), and we are currently building an Optimum home at our Summerlea community (near Hamilton) which takes Energy Star to the next level.”

Each Empire home is carefully designed and built to reduce energy bills and promote a healthier living environment, helping residents to save money and enjoy a higher quality of life. Golini Jr. says the company also employs a green team of experts to educate homeowners on the inner workings of their new energy-efficient homes.

Recognized for its outstanding attention to detail and best-in-class customer service, Empire Communities designs and builds commercial, industrial, low-rise and high rise residential, luxury new homes, and affordable housing properties. Over the past 20 years, Empire has developed some of the most successful master-planned communities in the area, including over 5,100 houses and 3,200 condominium units. Its commitment to using energy-efficient amenities and appliances sets the standard for eco-friendly living to help promote a sustainable future.