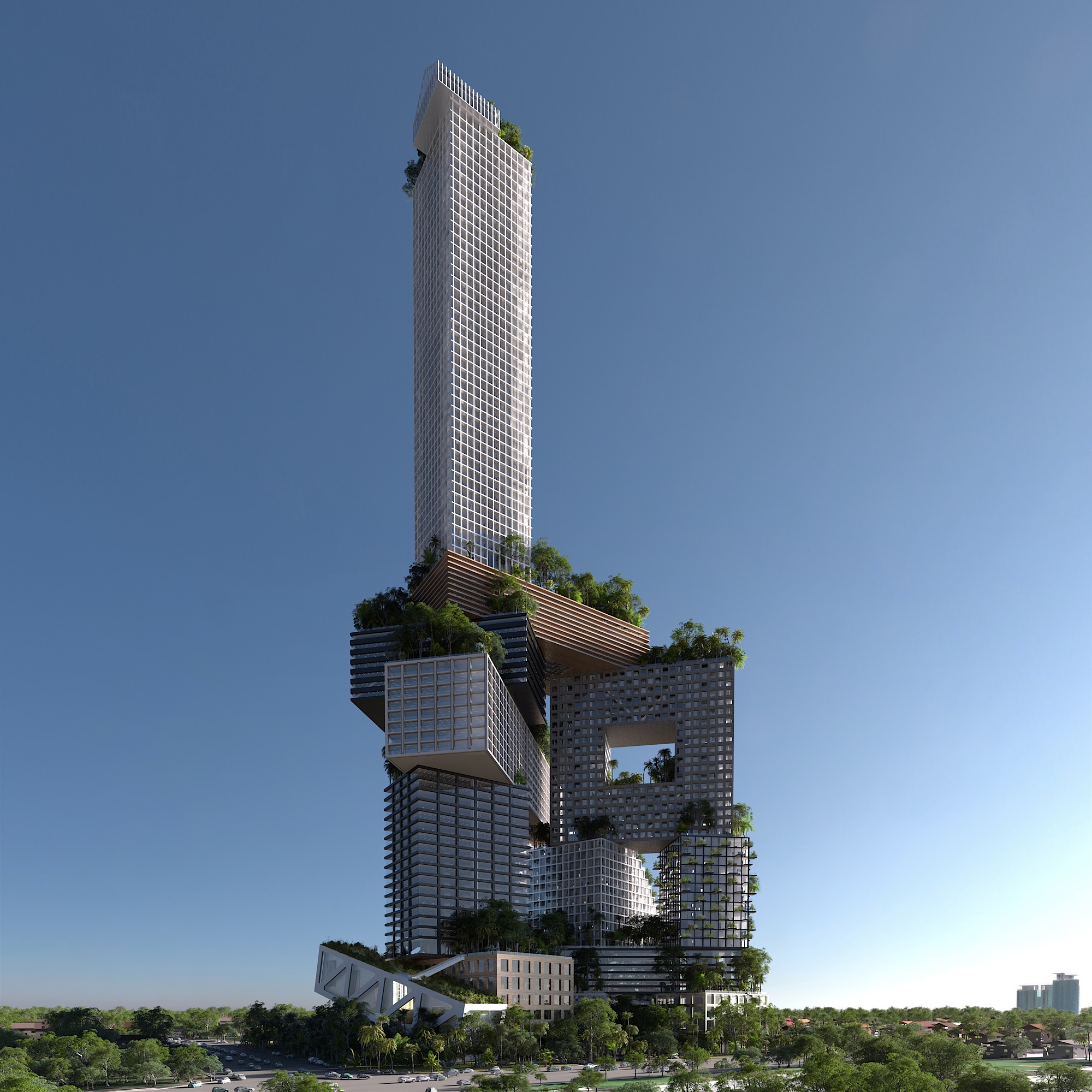 The developer of a site in Jakarta, Indonesia was confronted with a quandary.

Wijaya Karya, of Benhil Property, wanted to design a building that would combine Jakarta’s need for green space with higher density development. On top of that, respect had to be given to the area’s current urban fabric.

Not an easy task, any way you look at it. But Karya, on behalf of owner banker/printer Peruri, persevered, bringing in architectural teams from the United States and the Netherlands to work hand in hand on the project. The result has been called Peruri 88, and it’s to be situated on a block formerly used as the government mint right next to a future metro station. Plans for the landmark project were put together by MVRDV, a Rotterdam, Netherlands-based architecture and urban design practice, in conjunction with the Jerde Partnership, a U.S.visionary architecture and urban planning firm.

The mixed-use project features a wide variety of options for usage, from large offices to living/working units. There are lofts, there are townhouses and they range from terraced houses to patio living. Each of these examples are stacked urban blocks with a semi-public rooftop park, an abundance of gardens, playgrounds, spas, gyms, outdoor restaurants and swimming pools. In short, a little bit of everything, to be enjoyed by both residents and office employees.

Partway up the 400-metre tall building, a luxury hotel takes over, and on top, at the 88th floor, there will be a panoramic restaurant and viewing platform.

A commercial area that extends to the 7th floor has both retail and shopping sections connected by a series of escalators. This podium also reflects Jakarta’s historic island with reflective bodies of water and landscape leading to the public street levels, while integrating a garden plaza. MVRDV was founded in 1993 by Winy Maas, Jacob van Rijs and Nathalie de Vries in Rotterdam, the Netherlands. The practice engages globally in providing solutions to contemporary architectural and urban issues. A highly collaborative, research-based design method involves clients, stakeholders and experts from a wide range of fields from early on in the creative process. The results are exemplary, outspoken projects, which enable our cities and landscapes to develop towards a better future.